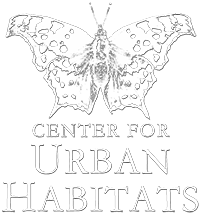 Have you dreamed of hosting a small bit of natural prairie in your yard? Well, now you can! Our custom-built Postage Stamp Prairies are based on research done in actual Piedmont Prairies.

Read the Report of Findings

WHAT AND WHERE IS THE PIEDMONT?

We conduct education-based biological surveys for private and public entities. We offer this service on a variety of scales, from simple single-day natural resource assessments, to detailed and involved plant community classification and mapping. Want to know what natural resources you have on your piece of land and how best to manage them? Want to know the unique natural history story that your landscape holds? Want an exhaustive list of all biota on your property? Our surveys accomplish these goals. 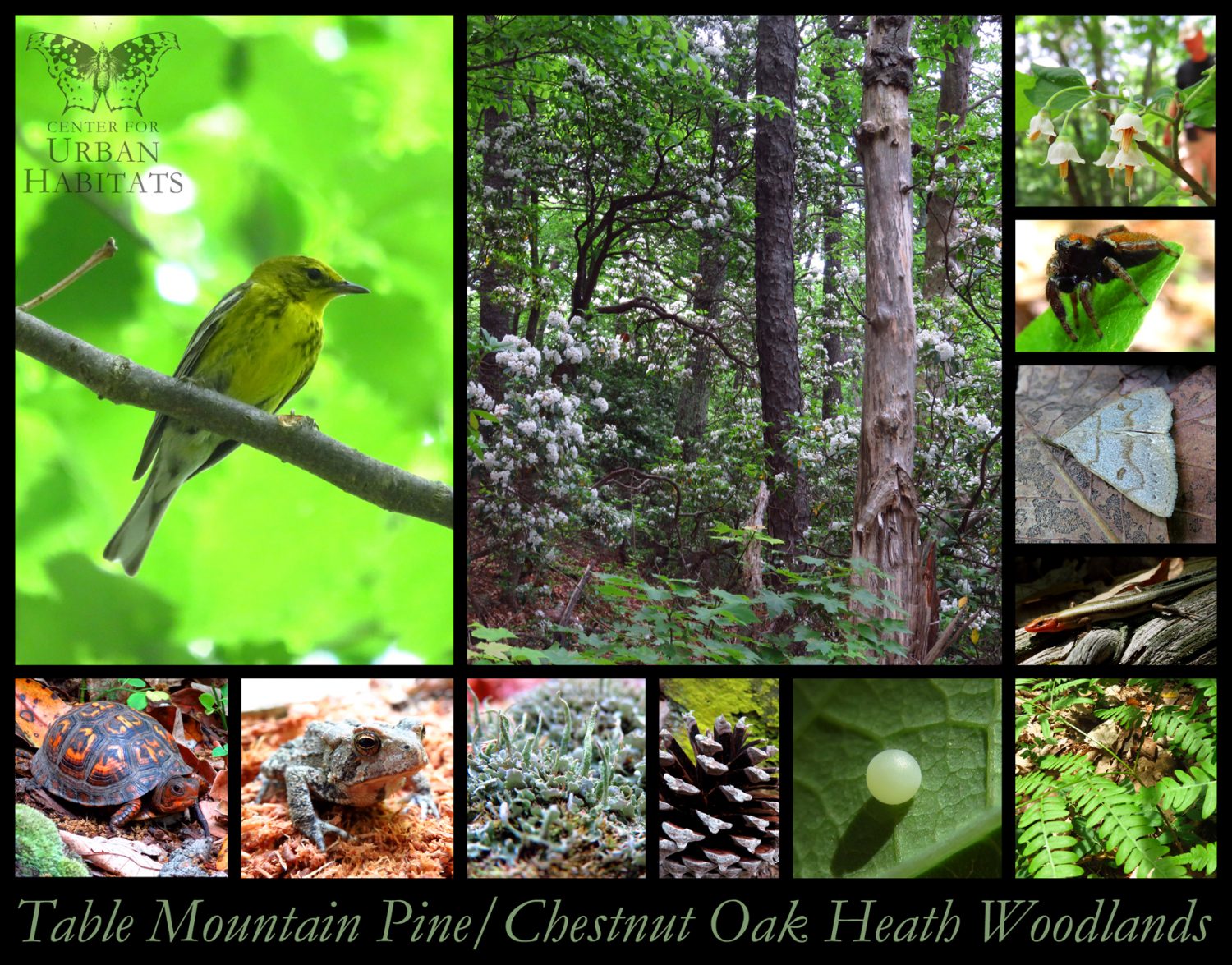 We create custom state-of-the-art interactive tours of the geography, flora, and fauna of your property. We call this tool the "Explorer". It is built upon rigorous biological survey and features a dynamic map interface that is embedded with text, images, maps, and audio. The Explorer offers a simple and easy-to-share resource so you can introduce friends, family, and colleagues to the unique ecosystems, plants, animals, fungi, and geology of your landscape. Optimized for mobile devices, the Explorer can be enjoyed from your desktop or brought with you into the field. 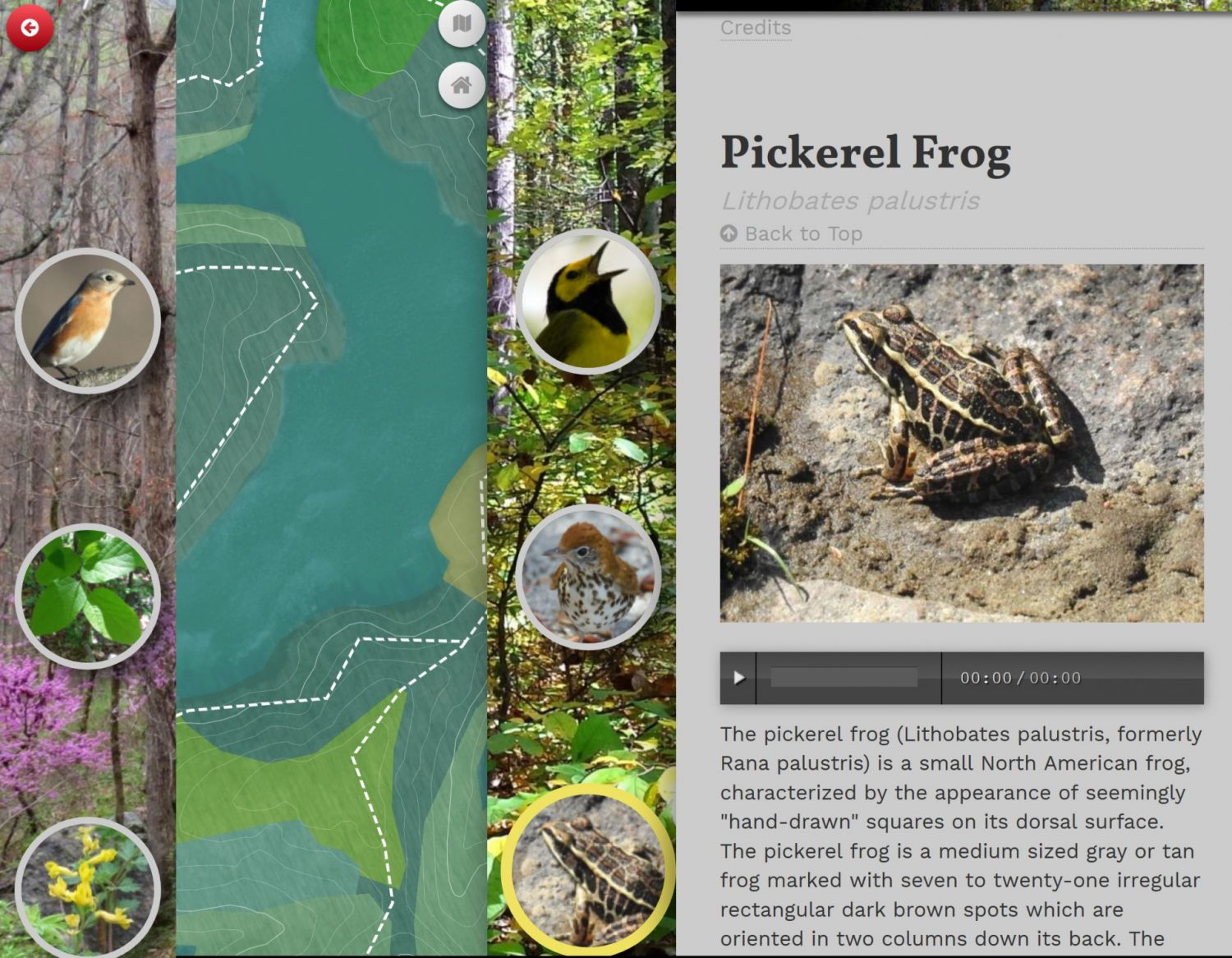 We are passionate about conservation landscaping. CUH creates and restores native plant communities using a strict ecological model, for private and public entities. The installations double as biodiversity education efforts by involving clients in all aspects of the project, to the extent desired. An identifying characteristic of our projects is that we create gardens and landscapes built of rich plant communities that are modeled after natural plant communities nearby.

Our designs and installations integrate native systems and cultural landscapes 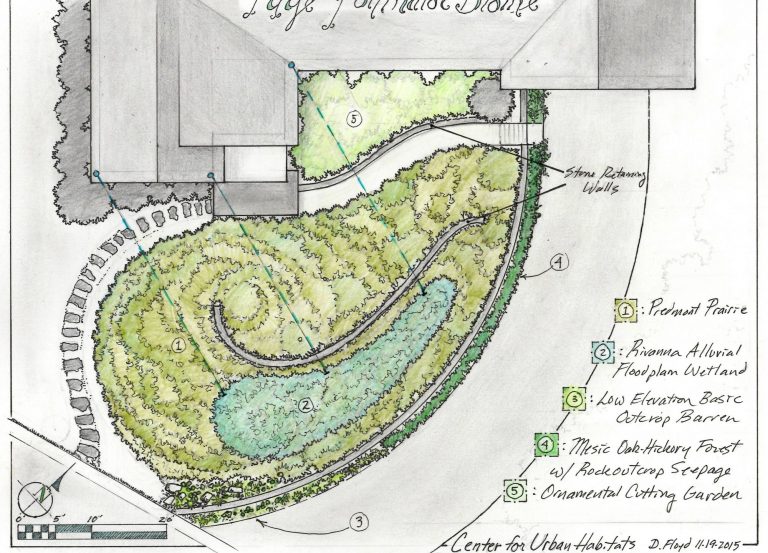 CUH creates programming related to our projects, for schools, clubs, and other public and private groups, all focused on local ecology and biodiversity. We work regularly with private and public groups and individuals to provide quality consulting, training, and education on matters pertaining to natural resources in the Piedmont. In addition to natural history training and curricula development, we offer custom natural history and ecology presentations and expeditions. 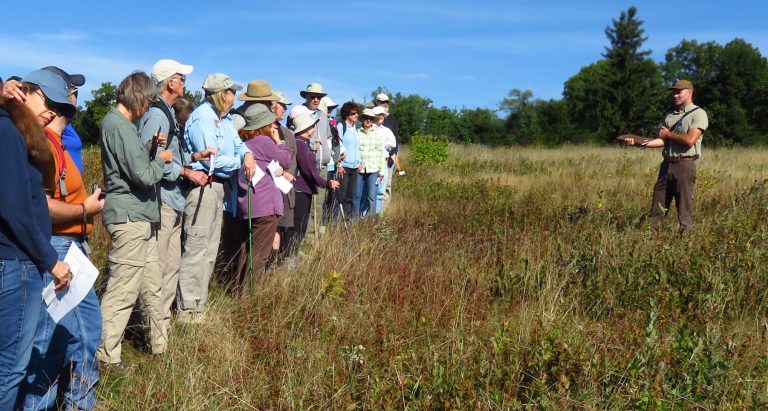 We publish materials related to native plants, animals, and habitats. These include presentations, flyers, posters, articles, exhibits, and interpretive signs. Well researched creative writing and high quality illustration are the backbone of the publications. Our vision is to help foster ecological literacy in the general public through our services and publications. A signature feature of our publications is that, while they may pertain to a specific species or habitat, the information published draws attention to connections and plant community dynamics as they exist on local landscapes. 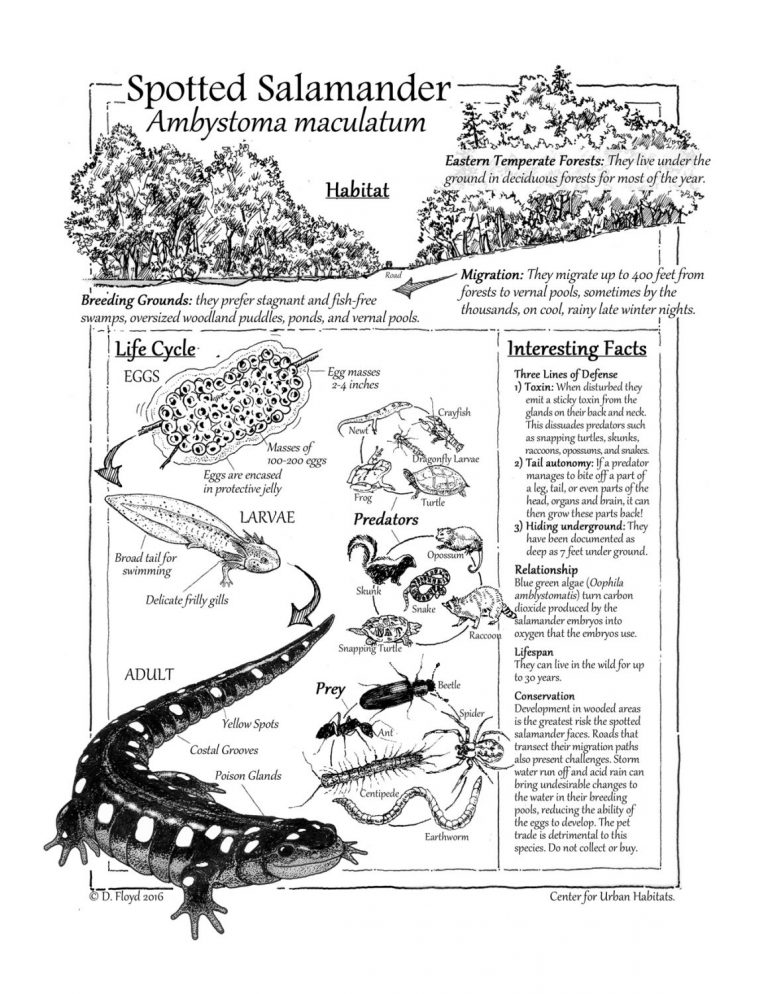 We offer research project solutions that explore the relationships between biodiversity renewal and urban ecosystem restoration. These include detailed comparative analysis of natural and anthropogenic contexts. We are also involved in many local and regional conservation efforts. For example, we are engaged with a developer and the community to install wildlife road crossings at an ecologically sensitive site in Albemarle County. We are also directly involved in assisting municipalities inventory, assess, and track biological resources. 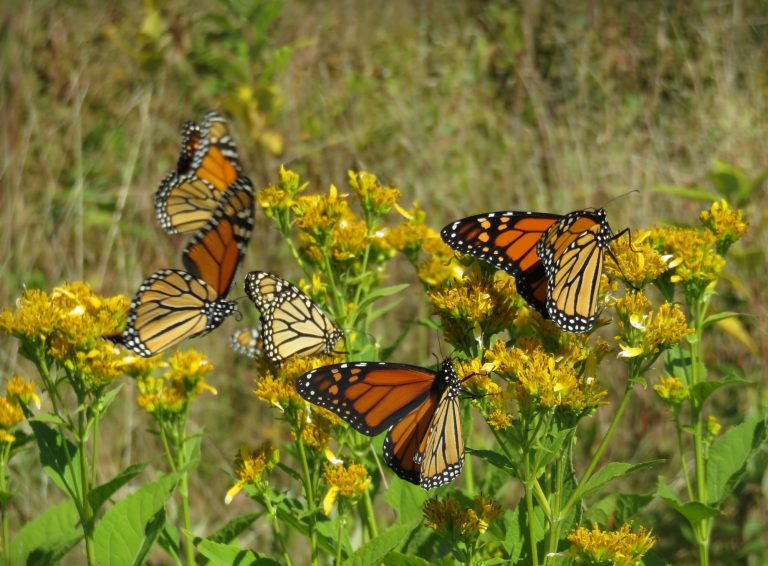 We have created a network of local genotype native plant growers. This network not only fulfills a significant percentage of CUH's native plant installation needs, but also provides the general public with quality local native plant material. We currently grow around 50,000 plants and our network of growers includes Twinleaf Native Nursery, Little Bluestem Nursery, Hummingbird Hill Native Nursery and others. While options for purchasing our Local+Native plants are limited at this time, we do offer our surplus of plants to the public for sale throughout the season and our partner growers provide both wholesale and retail options so the general public has access to plants grown from the seeds we collect. 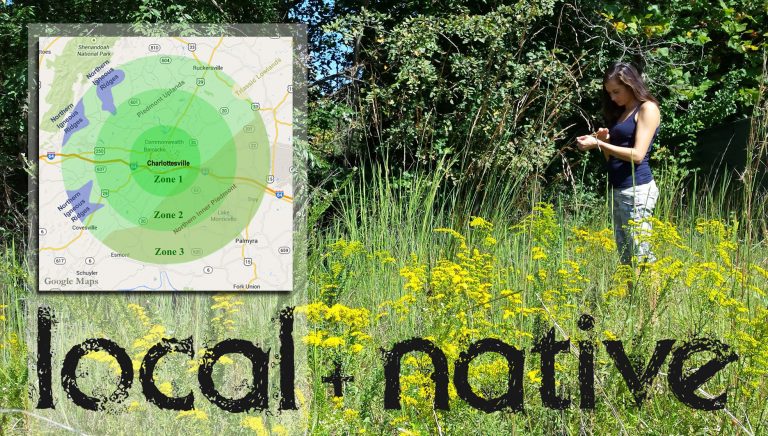 Our trail designs integrate cultural and natural landscape elements. The language of your landscape drives the design. We aim to create an experience of tranquility while maximizing the ability of users to learn more about the natural and cultural resources on the landscape. CUH employs a unique trail design approach that doubles as a biological survey and cultural resource inventory. With this approach CUH identifies experiential hot-spots and unique opportunities previously unseen. Our trails utilize existing historic paths/roads and allow unique cultural and natural resources to direct navigation. We route trails with the contours to minimize impact and reduce erosion and always try to involve the clients in a way that fosters biodiversity education. 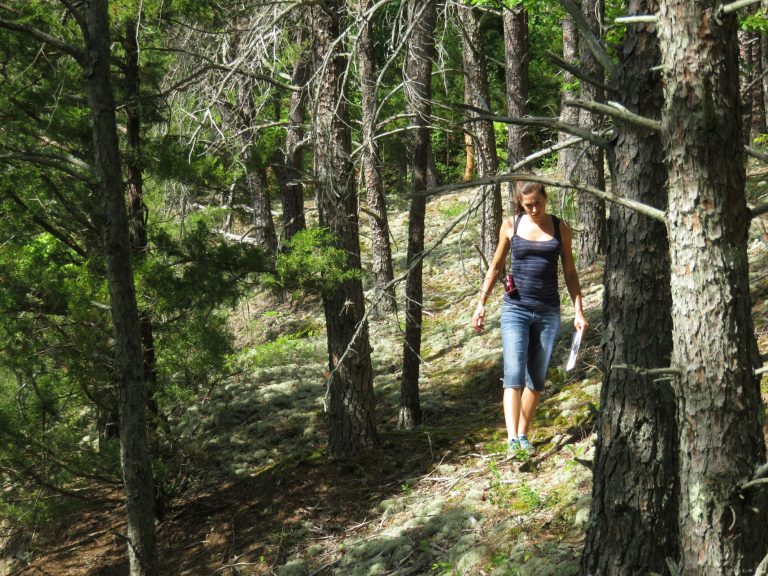 We envision a society where people value learning and share with one another their understanding of local and regional ecosystems.

Center for Urban Habitats (CUH) will be undergoing a gradual transition to  non-profit status under a new name in2021-2022: Piedmont Discovery Center (PDC). We will continue our current operations under the new name and will reach out to our followers when the transition is official!

We envision creating a world-class facility under that new name with three operational components nestled within a rich botanic garden: Biological Field Station, Design and Restoration Department, and a Species and Systems Propagation and Research Department. These 3 departments accomplish education programming, environmental services, and natural history interpretation. Building on a successful 5 years of growth and impact (as CUH) the organization will continue to accomplish its mission in an increased capacity with a vibrant and engaging place of operations open to public visitation and participation. In doing so PDC will inspire thousands, if not millions, to become stewards of the natural world in our nation’s most lived-in ecoregion : The Piedmont.

The Center’s facilities will be gracefully nestled in a biological landscape and serve as a dynamic and active hub for citizen science, research, education, and interpretation. Visitors will discover trails that run through an exquisitely designed botanic garden and extensive natural habitat restoration areas. They’ll get an intimate look at the full glory of the wildly diverse nature of the Piedmont, and a glimpse of how it could look in the future. The Center will also be a launching point for expeditions and scientific investigations in the region and a repository for the resulting knowledge. All facilities of the Center will be provide interactive, engaging, and dynamic education and interpretive elements. The Center will be an interactive, living, outdoor exhibit bustling with the plants and animals of the Piedmont Ecoregion.

Center for Urban Habitats (CUH) will transition its brand and name to Piedmont Discovery Center (PDC) in order to maximize its effectiveness toward accomplishing its mission while retaining the services that have made it so successful to date. Building on more than 5 years of powerful natural resource research, education, and conservation, the Center will expand to not only reach all parts of the Piedmont region, but also receive the public at a world class grounds and facility that interprets the natural history of the region. The Center has become one of the top education-based environmental services businesses in Virginia and public feedback makes it clear that the capacity for expanding far beyond our current audience is in the Center’s near future. Major priorities for the future include acquiring land, building a state-of-the-art facility, doubling our audience size and education programming, and securing large-scale private funding to support those efforts. The Center currently serves over 50,000 people annually even without a public venue for operations, and will further increase its ability to inspire and educate the public through education programs, environmental services, research, and publishing on our new grounds. We will continue to reach beyond our walls throughout the region with outreach and contracted services, as well as occasional satellite offices and operations. Through the transition of our brand and the affirmation and focus of existing staff rolls and resources, and in concert with a robust fundraising campaign and geographic expansion of services, the Center will secure the resources necessary to support its business development and strategic priorities for future growth.

The Piedmont has over 30 million residents, making it the most populated ecoregion on the continent. We envision being a national leader in community-rooted, place-based, natural resource knowledge building. The primary objective of the Center will be to inspire humans to develop sustainable relationships with the natural world through improved knowledge and inspiration.

Of all the regions of North America, it is the overly populated Piedmont of the east that is in desperate need of awakening. Tens of millions of people live there and suppress a natural world they don’t even know exists. The public has lost a collective awareness of the grand biodiversity of the Piedmont, and therefor there is very little interest and hope. They’ve written the region off as agricultural wasteland with very little ecological value, and yet hiding in millions of small and forgotten places are the whispers of a rich natural world that not only echoes the past, but speaks of a future of wondrous potential. The biologically rich ecosystems that have been suppressed for centuries are not lost. We must make room for them. It is not too late, and now is the time. Let’s make room for the natural wonders of the Piedmont region, even in our yards, parks, and urban lots. Let’s let biodiversity again be a prominent facet of the Piedmont. Let’s take pride in our natural heritage and share it with the world. Let’s inspire future generations of stewards.

The construction of this website was made possible by the generous support of Jobes Builders, Sustainable Residential Construction and Design.(434) 760-0858