A hoary edge butterfly skipped through the air, the bright midday sunlight flashing off its white hindwings. It alighted gently on a small clump of hairy thoroughwort flowers which were just beginning to open for the year. The thoroughwort buzzed with the wings of other butterflies, as well as countless bees and wasps. The hoary edge unfurled its proboscis and began to drink nectar from the thoroughwort. A couple feet away, I bent closer to take a photo.

The hoary edge is a large and strikingly marked skipper. From the upper side, they are mostly brown with one large golden band on each forewing and some golden checkering along the trailing edges of the hindwings. From below, the trailing edges of the hindwings are covered in a broad frosty white band (the color referenced by the word hoary), from which the butterfly gets its name. Caterpillars are green, spotted with orange and white, and with a brown head. 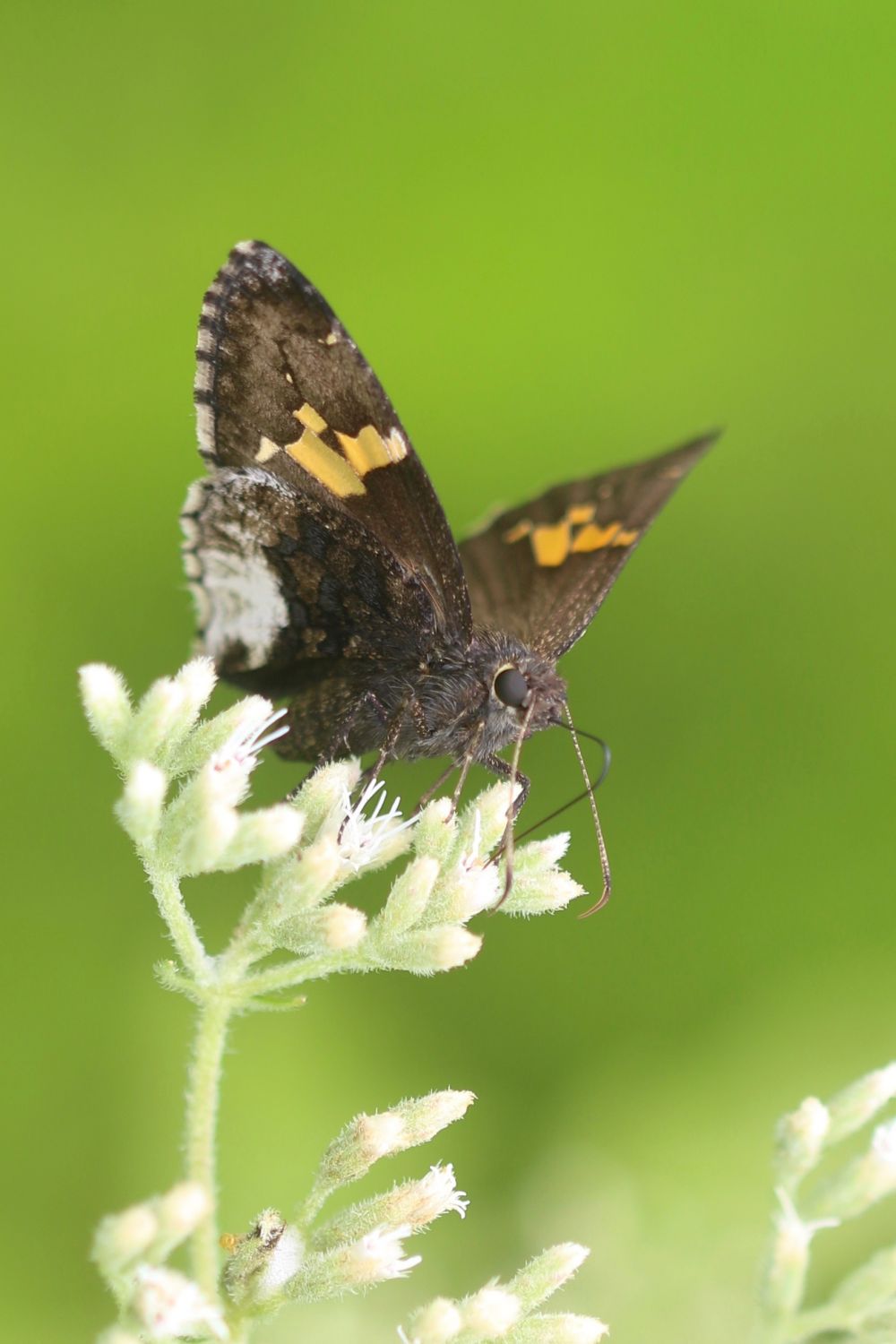 The hoary edge is widely distributed throughout eastern North America, from Texas and Oklahoma east to the coast and from northern Florida north to New England. Hoary edges become much less abundant towards the northern extreme of their range, though. In Virginia, hoary edges are uncommon but fairly reliably found in their preferred habitats of partially shaded but open woodlands and savannas.

In most of their range, hoary edges fly from April to September, during which time they have two broods. In the extreme north of their range their flight time is shorter, and they only have one brood per year (A Swift Guide to Butterflies of North America, 2017). Caterpillars of the second brood overwinter in leaf litter (Caterpillars of Eastern North America, 2005). Adult males look for females from perches in woodland clearings (Hoary Edge Achalarus Lyciades (Geyer, 1832) | Butterflies and Moths of North America, n.d.).