This week’s expedition took us to a wonderful riverside habitat dominated by fields of river sands. Flanking these sands were willow, sycamore, birch, maple, and a whole host of non-native plants. This place has a sort of magic about it…as its openness and vastness reminds me of the beach. It makes me want to run across it, explore, and hunt for treasures. The spot is relatively secluded, bound by the Rivanna river on the west side and a thicket of new forest growth on the east. 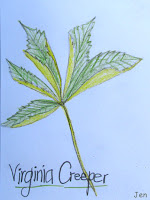 The Darden Desert never fails to amaze!
The day’s discoveries:

Poison Ivy and Box Elder
Learning to distinguish between these two species of flora can be quite tricky in the spring time, as the unfolding leaves and sprouting stems look so similar. After doing leaf rubbings, drawings, and looking closer we were able to find some distinguishing features. See for yourself: 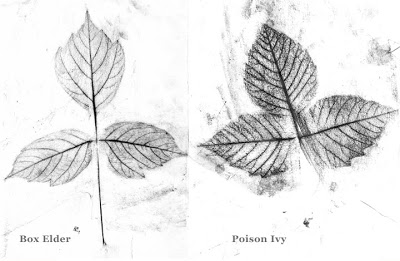 In the end, it seems that picking out box elder is easiest from a few feet away, as the general color of the stem becomes quite green the further away one moves from the leaves. Poison Ivy is headed into its flowering period…so that is another distinguishing factor. In the rubbing above, it is easy to see different patterns in the teeth and the veins as well. To learn more about these plants try here: Box Elder, Poison Ivy

This is a classic local riparian habitat. When you are close to streams in this area pay attention. You will see a very distinct set of trees and shrubs. This forest community includes Sycamore, River Birch, Silver Maple, Black Willow, Tulip Poplar, Box Elder, and Green Ash. There are many many others here as well. But, the overall mix is totally unique to riparian corridors. In the understory one finds fairly dense growth of non-native species such as multi-flora rose, autumn olive, and ailanthus.
We discovered river sands…

This sand is made up of eroded rocks and sediments from rocks upstream to the locality. We found lots of different colored quartz sand and pebbles. Some of the sand was crystal clear. A scratch test was introduced to those that questioned whether the quartz was glass or not. Quartz scratches glass easily. Glass won’t scratch quartz. We found pink, orange, yellow, gray, clear, blue, white, and black quartz. 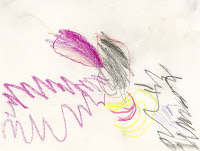 We played in the sand. For a moment we thought we might try and dig to the “bottom” of the sand. We soon discovered that a back-hoe would be required for that effort! It is deep! One observation made was that the sand was composed of different particle sizes in different areas of the sand and gravel bar. These changes in particle size and the sorting that can be seen is the direct result of different water velocities and depths. Slow water deposits fine silt. Fast water leaves behind only large cobbles. Within the sand we discovered nuts (pignut hickory and walnut), sticks, and seeds.
We found relics of the recent floods caught in the trees high above!! mats of once waterlogged leaves wrap themselves around the trees about 10 feet overhead. They are positioned in such a way as to indicate stream flow direction. We enjoyed imagining being under all that water amid a turbid mess of debris and muddy water. 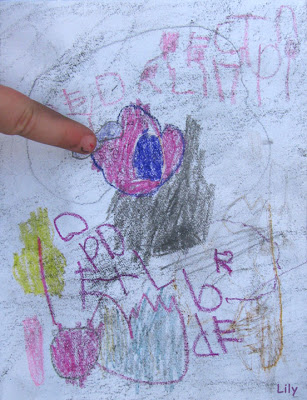 On our last expedition, we encountered a garlic mustard, with its small white flowers and distinct garlic odor. When you search for the odor, grab a leaf and crush it between your fingers for about a minute. The garlic smell gets stronger if you squish that leaf for awhile. On this expedition we encountered a yellow flower thriving in the sands. The guess about what plant it is lead us to Black Mustard. However, it is possible that this plant is common wintercress. We’ll have to go back to have a closer look….and next time we’ll take an ID book! Anyone out there know what this is?
The adults pondered the question of whether or not all trees make flowers. Jen made use of her wireless technology and pulled up some information about the eastern red cedar and its conspicuous little flowers. Well here’s a very short and generalized description of what does and what does not flower:
The plant kingdom contains a few groups.
-We’ve got the mosses and liverworts. They produce spores for reproduction, but do that without flowers.
-And we have ferns. They make spores but don’t produce flowers!
-And then there are the evergreens, the conifers (like eastern red cedar). These make cones (both male and female) for reproduction.
-Finally, we have the flowering plants. They have roots, stems and leaves. They have vessels to transport water and a means of transporting sugars. They produce flowers that contain an ovary…and inside the ovary seeds are produced. Scientists use the term “flower” to refer to only the reproductive part of “flowering plants”.
Now, this is all very confusing because there are so many exceptions to the rules!!! Case in point, our Eastern Red Cedar…a conifer. Once again, the exceptions eventually become rules.