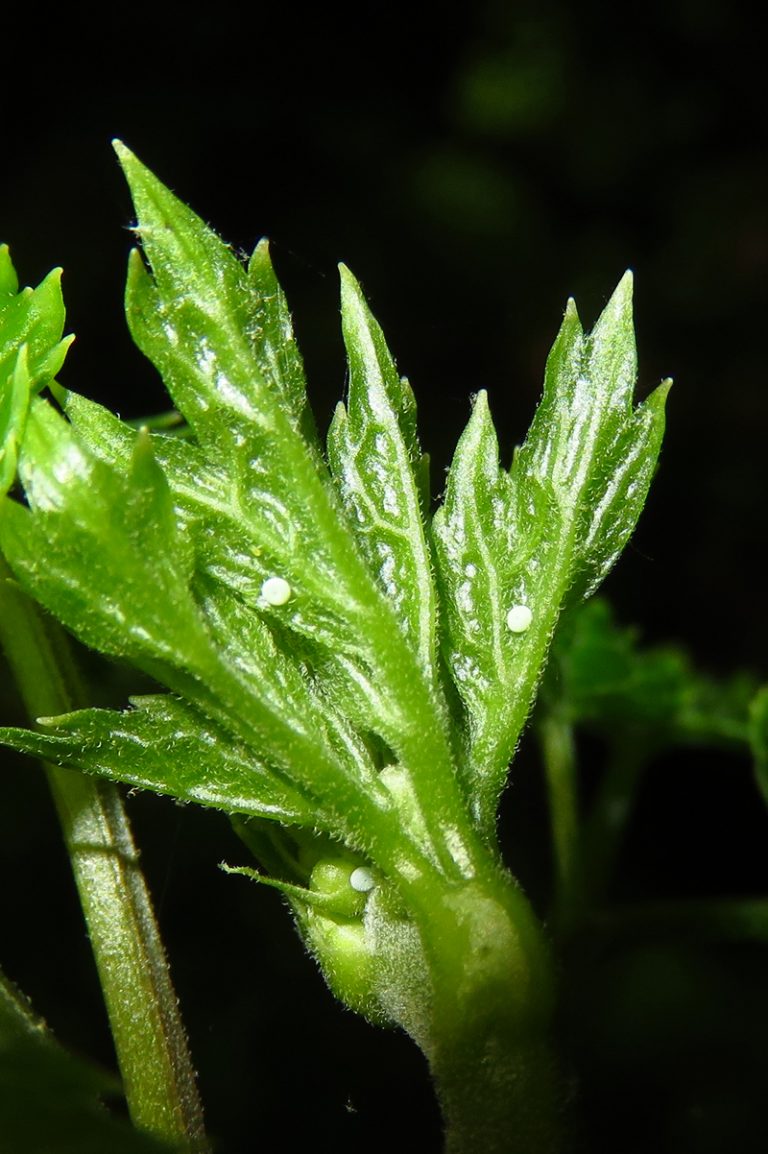 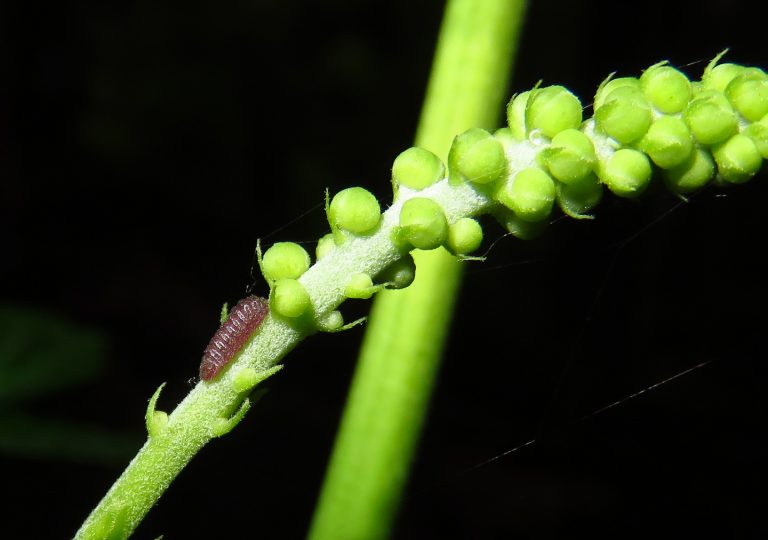 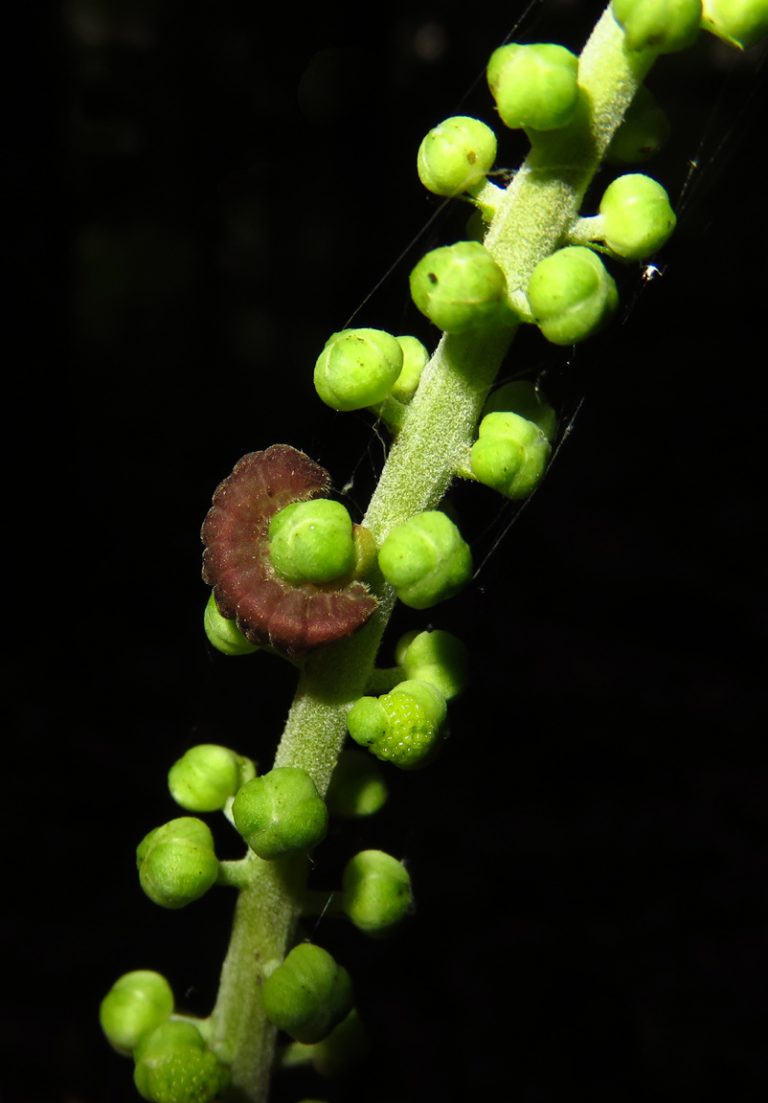 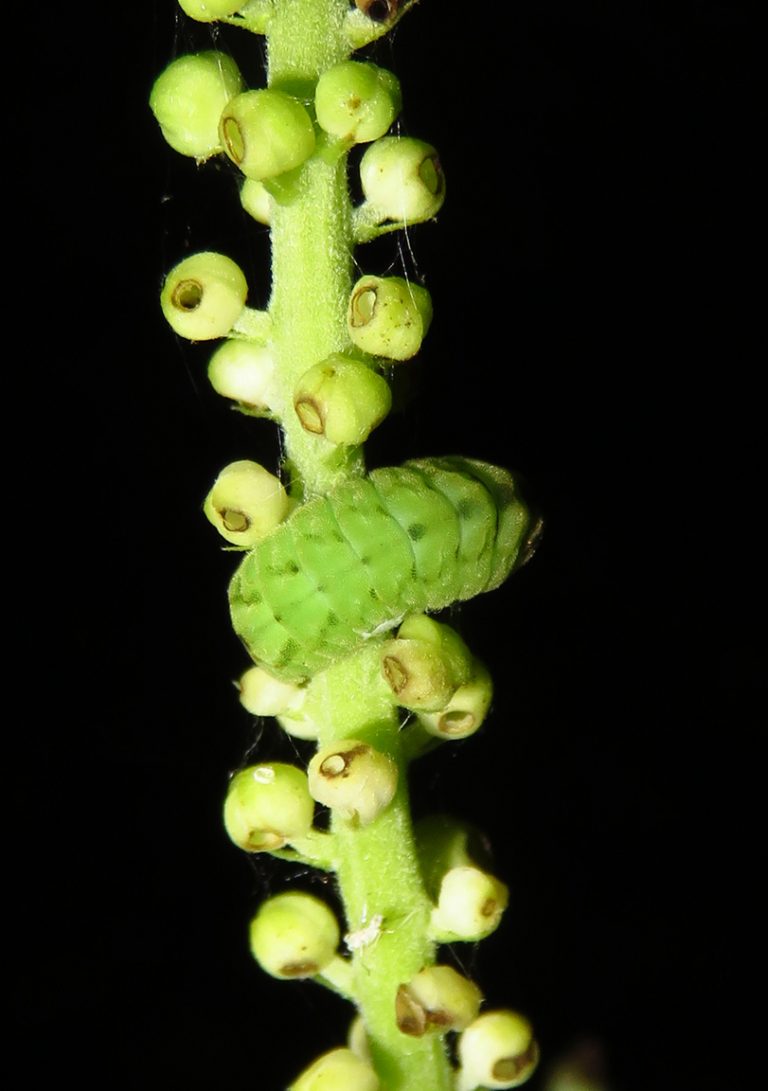 A discovery made on May 2, 2017 in the Ragged Mountains southwest of Charlottesville will keep CUH staff busy this spring. An enormous azure butterfly was nectaring at Thaspium barbinode (hairy-jointed meadow parsnip) between efforts of egg-laying among colonies of Actaea racemosa (black cohosh). An apparent colony of Appalachian azure butterflies thrives in a network of deep and sheltered ravines. This species has not been recently documented in the Piedmont ecoregion, making the discovery a potentially important one. It is horribly difficult to distinguish from two other common species, spring azure and summer azure. The notable field characteristics for the Appalachian Azure are its robust size (about as large as gray hairstreak) and the maroon color of the caterpillar’s first instar. It has also been noted that Appalachian Azure caterpillars successfully feed on the leaves of black cohosh, in addition to flower buds. While the summer azure has been observed ovipositing and feeding on cohosh, it does not survive after leaf consumption. Perhaps the strongest evidence supporting the hypothesis that our Ragged Mountain butterfly is the Appalachian Azure is it’s extremely early flight date (Photographed ovipositing on cohosh, May 2, 2017). This overlaps slightly with the spring azure (which does not lay eggs on black cohosh) and is at least a month earlier than the earliest record for the summer azure. Additional supportive evidence exists in the size of the adults observed (the rather shocking characteristic that caught our attention during survey). More research will need to be done in the 2018 season to observe, count, measure, and photograph the first instar caterpillars. We also plan to gather population and morphological data for adult butterflies during the first week of May. 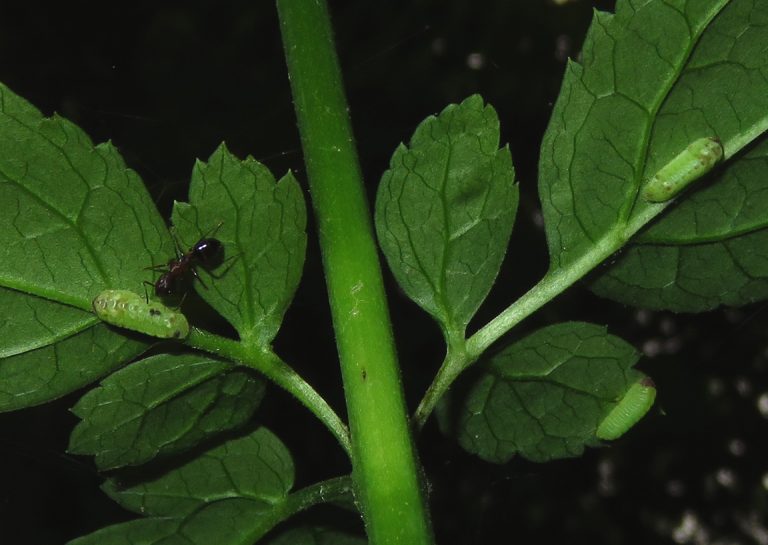 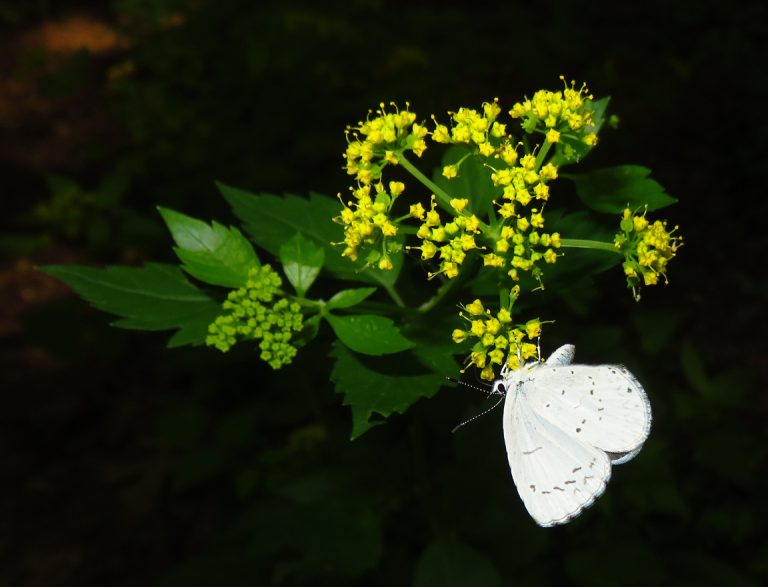 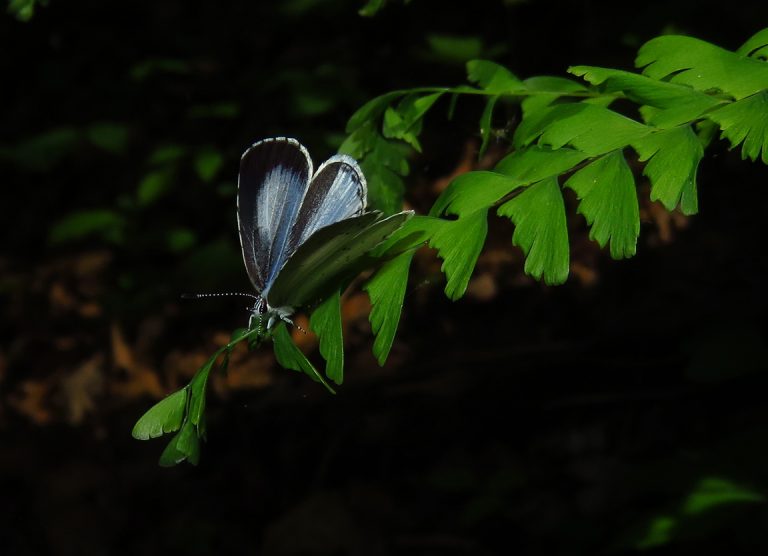 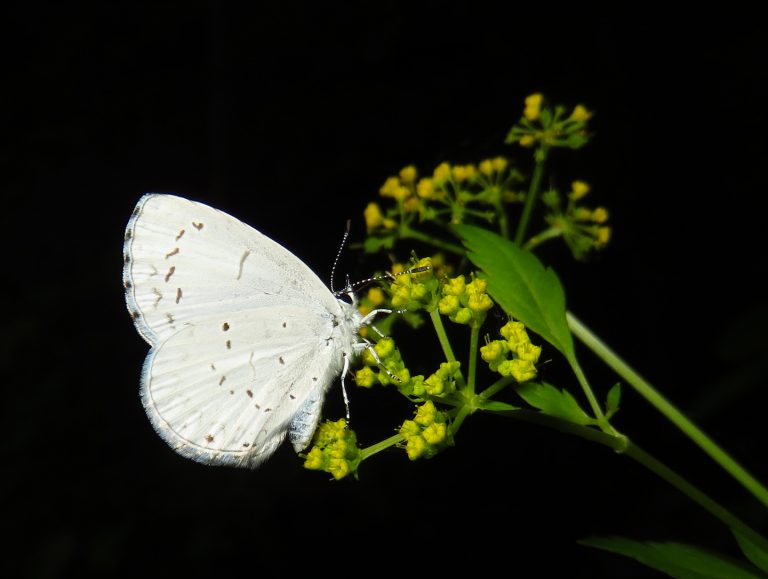 The Appalachian Azure is an evolutionary predecessor of the spring and summer azures we have in the region. It came first, and it survives mostly in higher elevations that support robust colonies of its host plant, Actaea racemosa (black cohosh). It is not entirely out of the question that mountainous settings in the Piedmont would harbor disjunct populations of this butterfly. This cool-climate butterfly was probably more widespread at the end of the last iceage, but would have departed as the climate warmed, leaving behind small populations in cool microclimate settings (like in deep ravines in the Ragged Mountains). This is one hypothesis for the Ragged Mountain Celastrina.

There is one historic record in the northern Virginia Piedmont of a storm-blown group of the Appalachian Azures. In that case, the population was observed for only one year outside of its natural/normal high-elevation Blue Ridge habitat. This “storm-blow” hypothesis is a possibility as an origin for the Ragged Mountain Celastrina.

Our goal this year will be to see if the population remains in the Ragged Mountains. If it does, we will then design a research project to investigate the species with a goal of accurate species level identification. We are intrigued by the conflicting attributes noted to date: its early flight time, black cohosh host plant, geographic location, and it’s morphological characteristics. These combined variables don’t align with typical examples of summer azure, spring azure, or the Appalachian azure.
Stay tuned!