The habitat type varies from place to place only slightly, with some stands being predominantly tuliptree (due to logging and old field abandonment) and some predominantly chestnut oak (due to subxeric soil conditions). A notable variation occurs along the ridge in the west side of RMNA. A shrub layer dominated by devil’s walking stick (Aralia spinosa) stretches out to cover nearly 10 acres. This shrub layer in this area appears to be relatively fixed and stable, as the Aralia has had the opportunity to spread along the ridge. It may be the largest colony of this interesting native species in the region. Known for its powerful pollinator attracting abilities, the site is nearly blanketed every summer with swallowtail butterflies, bees, wasps, and the predatory food chain that comes with it.

The herbaceous layer is depauperate, with only 18 species being present at the time of survey. Dry-mesic acidophiles are present only as a trace, including American holly (Ilex opaca), striped wintergreen (Chimaphila maculata), white-leaved greenbrier (Smilax glauca), putty-root orchid (Aplectrum hyemale), and Christmas fern (Polystichum acrostichoides). Non-natives are nearly absent. Chestnut oak (Quercus montana), northern red oak (Quercus rubra), hickories (Carya sp.), Red maple (Acer rubrum) and tuliptree (Liriodendron tulipifera) dominate the woody strata. The upper canopy reaches to about 110′ high with northern oak (Quercus rubra) being the largest specimens. Short-leaf pine (Pinus echinata) and black gum (Nyssa sylvatica) were noted outside of the plot (single specimens). The stand is roughly 100 – 105 years old (estimated using tree rings from similar forests on the property). The lack of density and variety lends credence to the diagnosis of “low-nutrient”. The low numbers in the herbaceous and shrub layers, as well as the lower half of the canopy, may correlate with gradual increases in deer populations through the 20th century. 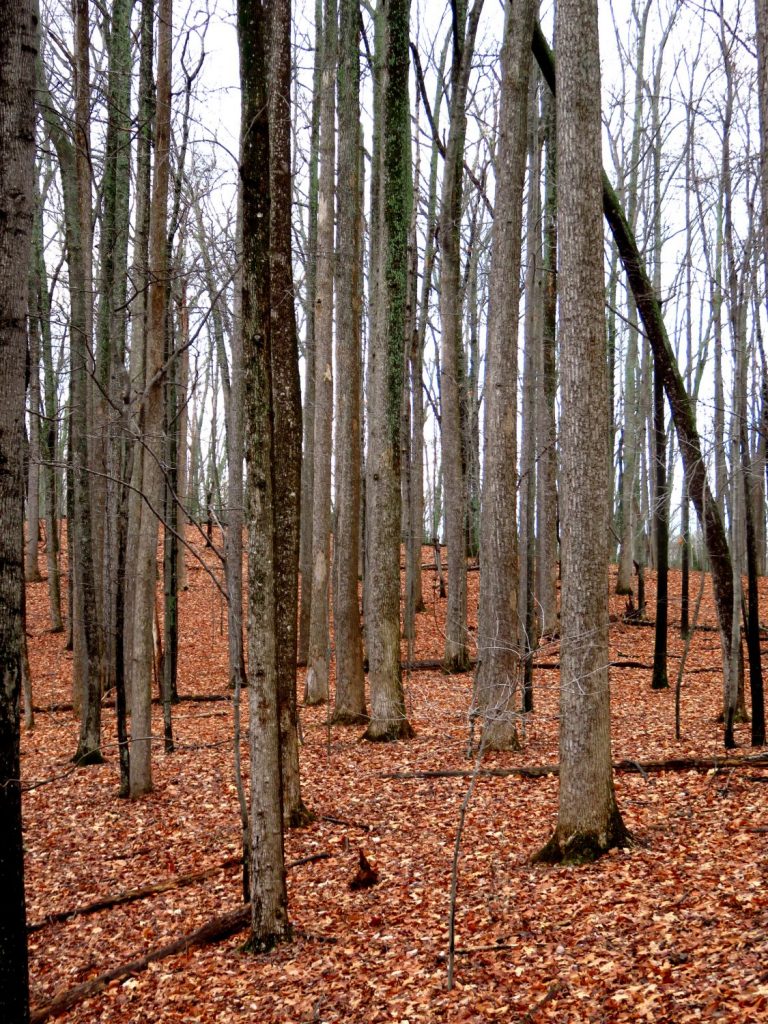 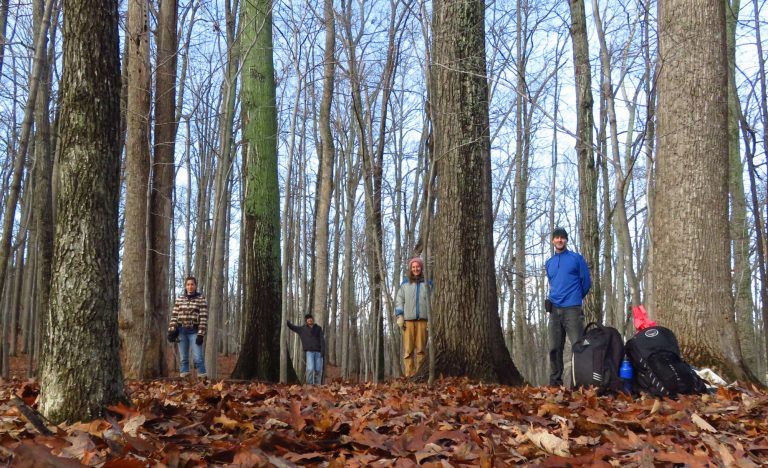 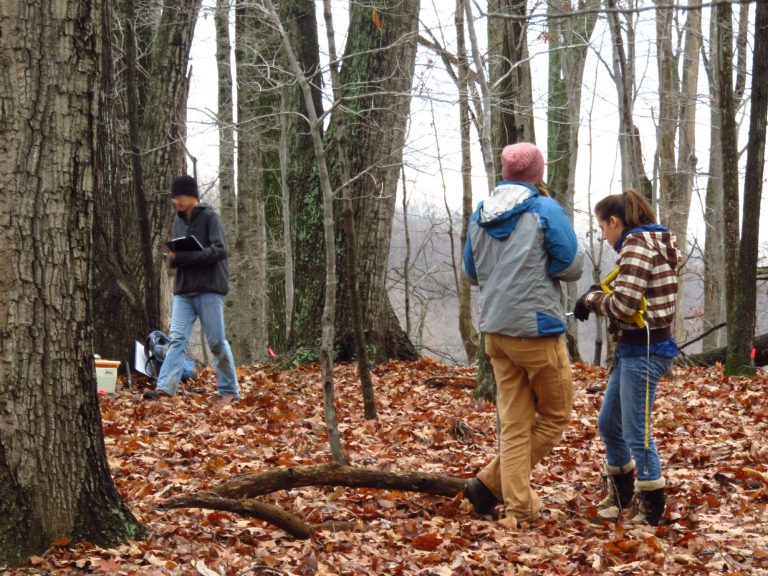 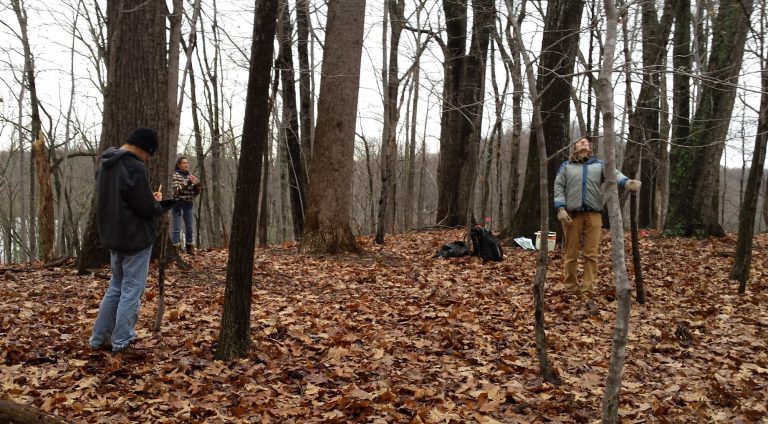