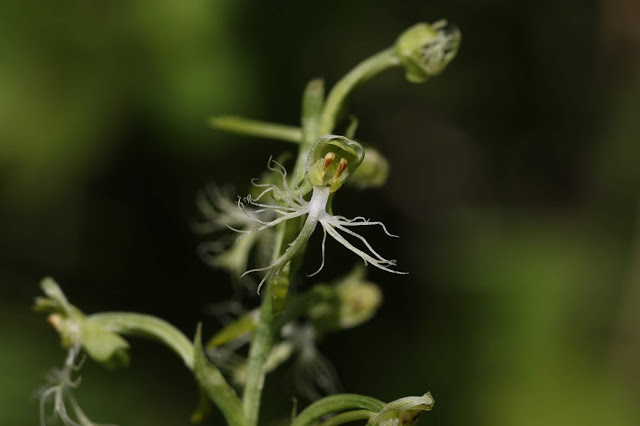 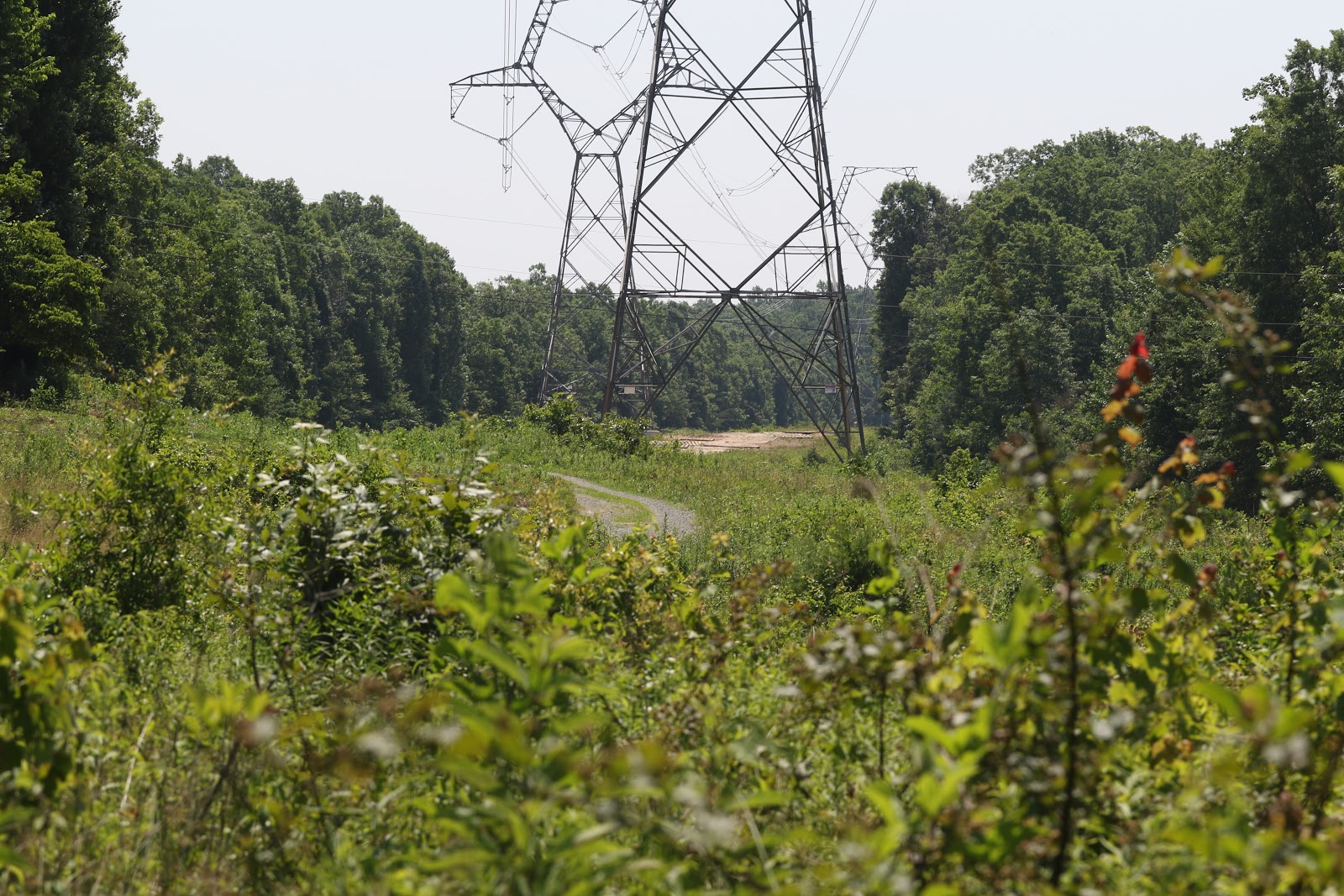 The goals for the June 19th survey included adding to the site’s flora list and looking for more regionally rare coastal plain disjuncts that could be growing in association with the sunflower.  The day’s survey team, Devin, Drew and I, spent the morning at the site, walking back and forth across the powerline every ten feet. We found many species new for the location, including a couple of panic grasses previously reported only from the coastal plain.  We also stumbled across the ragged fringed orchid, growing in a sunny seep at the center of the powerline corridor. We were particularly excited as we had predicted this species might be present there.
Ragged fringed orchid is considered globally secure, with a large range spanning most of the eastern United States and Canada.  Even so, this discovery has local significance, as there is only one other confirmed site for the species in the county. This native orchid grows in wet, often acidic sunny areas, especially bogs, prairies and the edges of wooded wetlands.  It is in bloom from the middle of June in the Piedmont through late July high in the mountains.
Ragged fringed orchids range in size from a little less than half a foot to more than two feet tall, although most seem to be a bit more than one foot.  The stems are topped with a beautiful, loosely packed, cylindrical inflorescence of several to many flowers. As is suggested by the specific Latin name, the orchid’s pale green lip is deeply divided into three heavily fringed or “lacerated” lobes.  The thin, pale green nectar spur that extends behind the flower ranges in length from 11 to 23 millimeters. 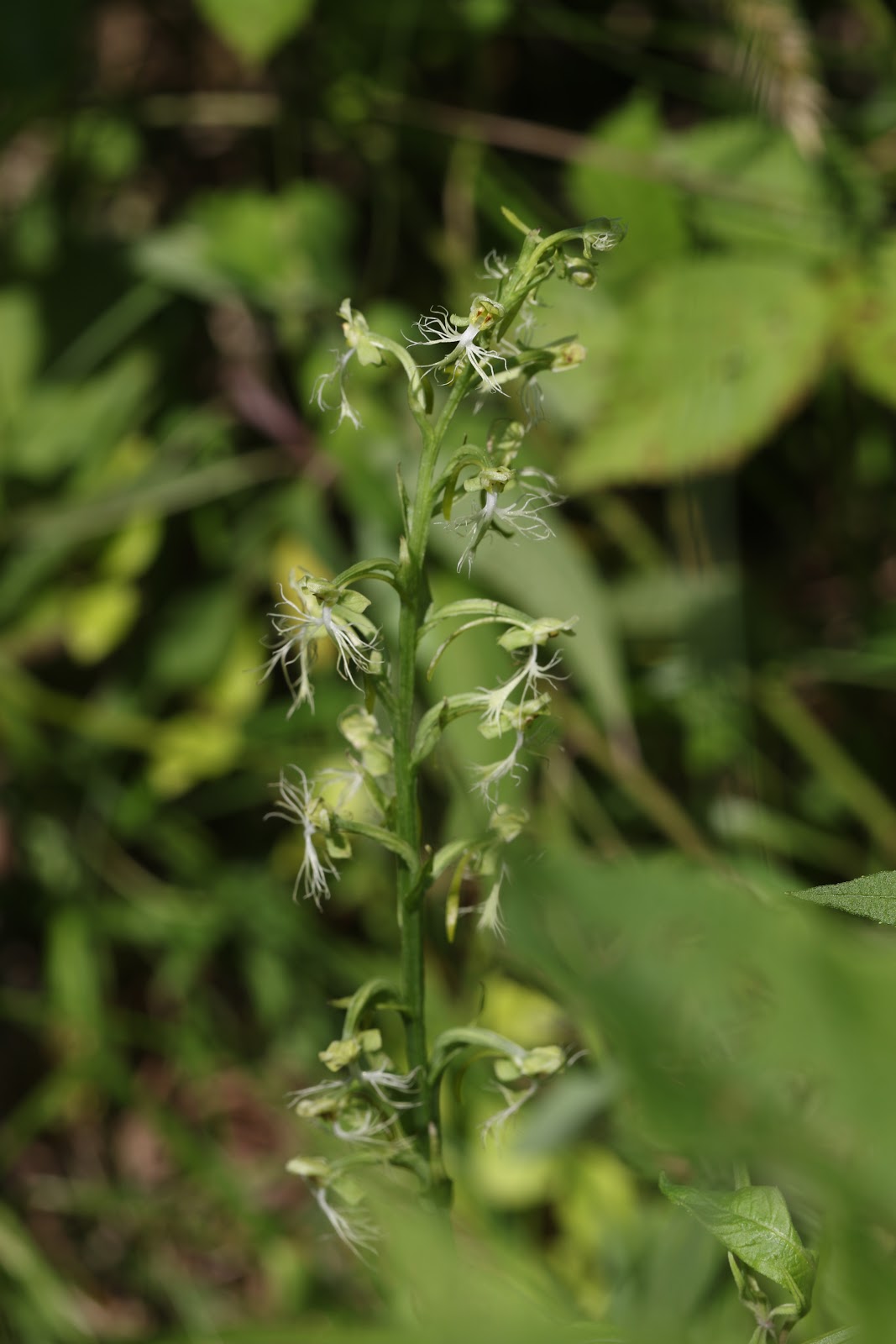 Although there are a few different species of orchid in Virginia with green flowers — small green wood orchid (P. clavellata), rein orchid (P. flava) and large round-leaved orchid (P. orbiculate) — only ragged fringed orchid has such a deeply divided and finely fringed lip, making it quite distinctive in the field.
Ragged fringed orchids are pollinated at dawn and dusk by several species of Sphinx and Noctuid moths, including celery looper and unspotted looper, as well as the commonly seen, day flying, hummingbird clearwing. 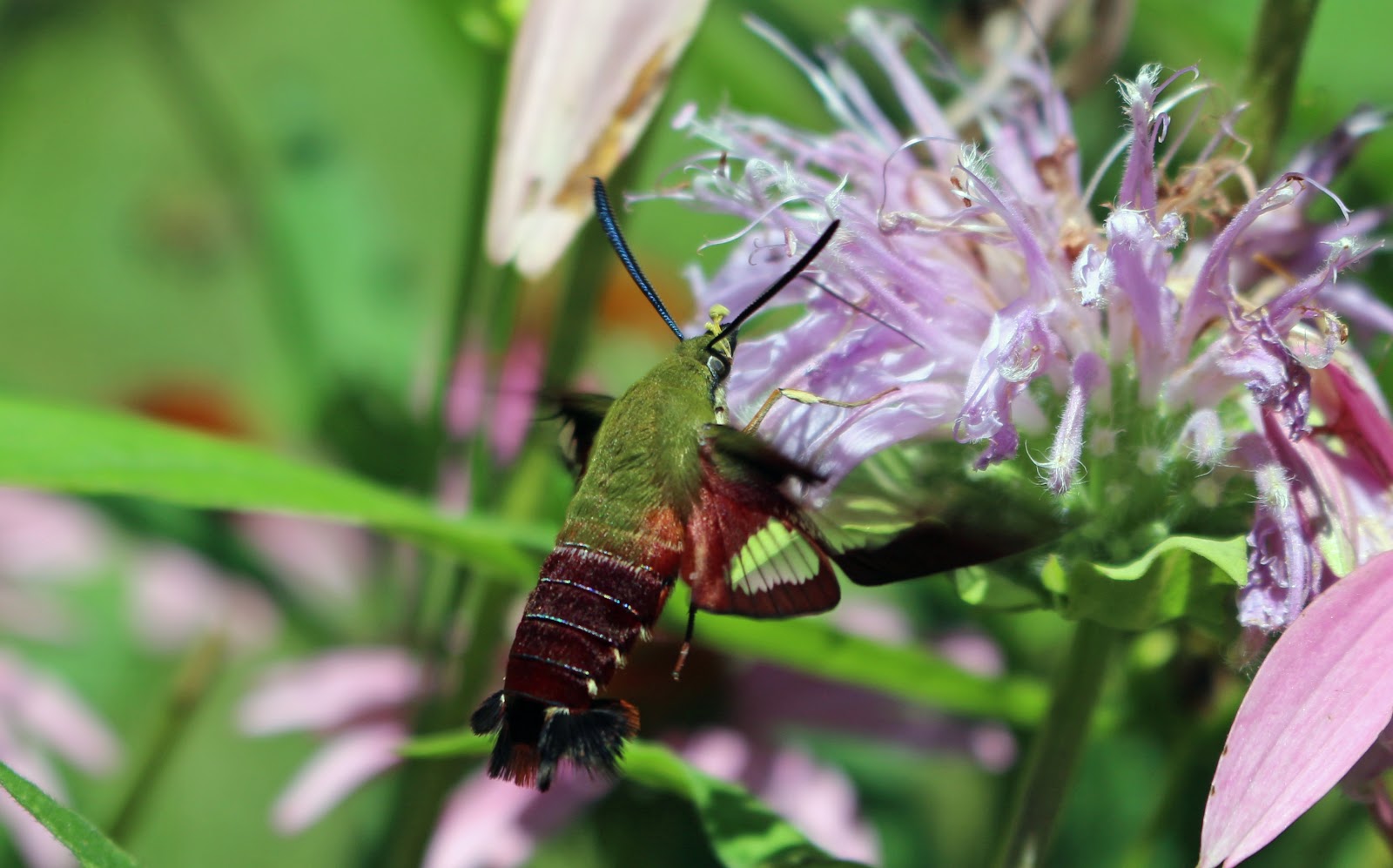