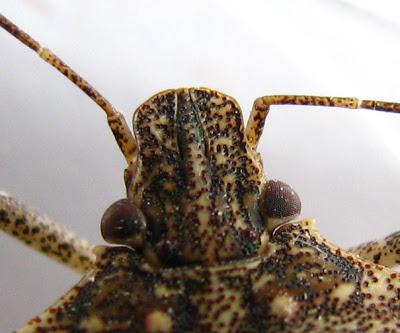 Hi! My name is Stinky. I am a Brown Marmorated Stink bug. We just recently moved into your neighborhood..my relatives arrived in the U.S. back in 2001, with your help. We hitch rides on your boats and cars to spread to new locations. Thanks! We love it here! Your warm winter homes, lush summer greenery and succulent fruits are to be admired. And, even though I hear there are over 200 other kinds of stink bugs in North America, there seems to plenty of shelter and food to go around. 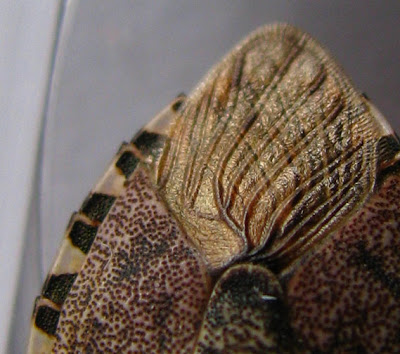 A friend recently inquired, “I for one would like to know what gives”; referring to the rise of the stink bug this 2009-2010 fall and winter. It appears that C-ville and the larger Eastern US is under invasion, infestation, or augmentation…depending upon your perspective. When I started looking closer, I could not help but notice the amazing beauty in the detail of this insect. 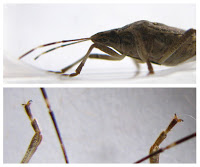 It’s not entirely out of the question that one might actually enjoy this bug. My children like transporting all the bugs to their bedroom….there’s a big fig tree in there, and they introduce it joyfully to its new home. I , for one, admire the Brown Marmorated Stink bug’s mobility and agile adaptive qualities. What do you think? Do you mind having this bug around? 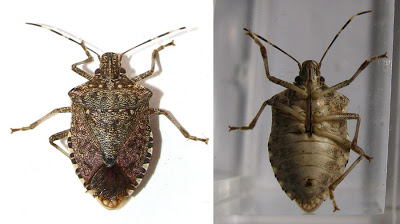 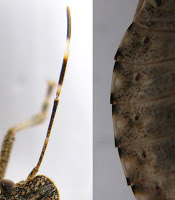 Characteristics: How do you know you’ve got a Brown Marmorated Stink bug?

What’s so Stinky? Their odor is produced by a liquid (made from various aldehydes)is released through openings on the underside of the thorax when they are disturbed (or, when accidentally stepped on, the stink is smeared on the floor). This odor is released in order to attract a mate…of course it is, right? 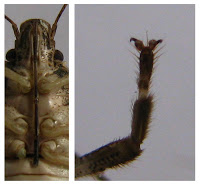 What do they eat? They have piercing-sucking mouthparts that are especially good for consuming fruit and other soft plant parts. Some of its favorites are apples, pears, peaches, figs, mulberries, citrus, and persimmons.
One thing that could spell trouble for our trees and crops is that this bug has very few predators. It left those back in Asia!
Life cycle: Stink bugs spend the winter slumbering around as adults. They don’t become active until spring when temperatures rise above 70 degrees F. They deposit lots of eggs in June in clusters that average 36 eggs. You’ll find them in your yard and garden primarily on leaves and stems (we saw them on our fig tree last year). The eggs hatch and the nymphs pass through five stages before becoming adults. This really is amazing, because you’ll think you’re seeing different kinds of insects in your yard…and they’ll just be various stages of the same critter! Approximately five weeks elapse between hatching and adult emergence. In Virginia, we only have one generation per year . As you have undoubtedly experienced, this stink bug begins to reach high population numbers in the fall.
Distribution:
Pre-Global Trade: Eastern Asia (Japan, Korea, China)
Arrival in the United States: It was identified for the first time in Allentown, PA in October, 2001.For some balance in perspective, humans are highly mobile and way more invasive than the species we strive so hard to keep corralled. We know our collective expansion and behavior is not sustainable. For the Brown Marmorated Stink Bug, it is equally likely that its aggressiveness (referring to its ability to use human behavior to its advantage) is not sustainable; and that this initial burst of global-spread is not indicative of long-term living…we’re just waiting for the pendulum to swing back the other way. Ecosystems do this, with time. Parts of the system that can adjust to changes will survive. Others disappear. Let us not forget the entire world we experience on a day to day basis is a tiny, thin, and agile skin that coats planet earth below and meets outer space above. And, within that thin skin, let us not take for granted our fellow lifeforms. Our very existence relies upon co-beneficial interactions, and upon great awareness. The earth will be quite unforgiving if we aren’t able to make adjustments to an ever-changing world. Let us not underestimate the importance of balanced and humble perspective, creative thinking, agility and adaptability. These things will determine the future well-being of our species.Sources: “Stink Bugs”, a paper by Peter Warren, March 11, 2009.; and www.invasive.org