On Monday, the Center for Urban Habitats survey crew set up plots on and around cliffs of a private property that rises above the Rockfish River in Nelson County, VA. A boulder field leading up to cliffs on two sides created a bowl. Ezra and Devin set up a plot on the cliff at the top of the hill, while Drew, Emily, and Olivia worked on a plot in the middle of the boulder field. My job was to look for animals and record everything that I found, as well as take photos. I quickly noticed an Eastern newt (Notophthalmus viridescens) walking along next to my backpack. Newts hatch in the water with gills and then move onto land. This one appeared to just be coming out of its aquatic phase, as it still had fairly dull coloring. After newts come out of the water, they spend a long time on land before going back into the water to breed.

I then started looking for bats and rats on the cliffs. I climbed up and peered into a dark crevice in the rock face. Much to my surprise, there was a little frog staring back at me. I quickly realized it was a wood frog (Lithobates sylvaticus). I was surprised to see it hiding in the cliff, but I think it was there because it had rained so much lately, as they are usually found in swamps. I also hoped to find snakes, as on the last survey at the same property, I found a rough green snake (Opheodrys aestivus). Rough green snakes are very similar to smooth green snakes, but the scales on rough stick up more than on smooth. I moved down to the river. 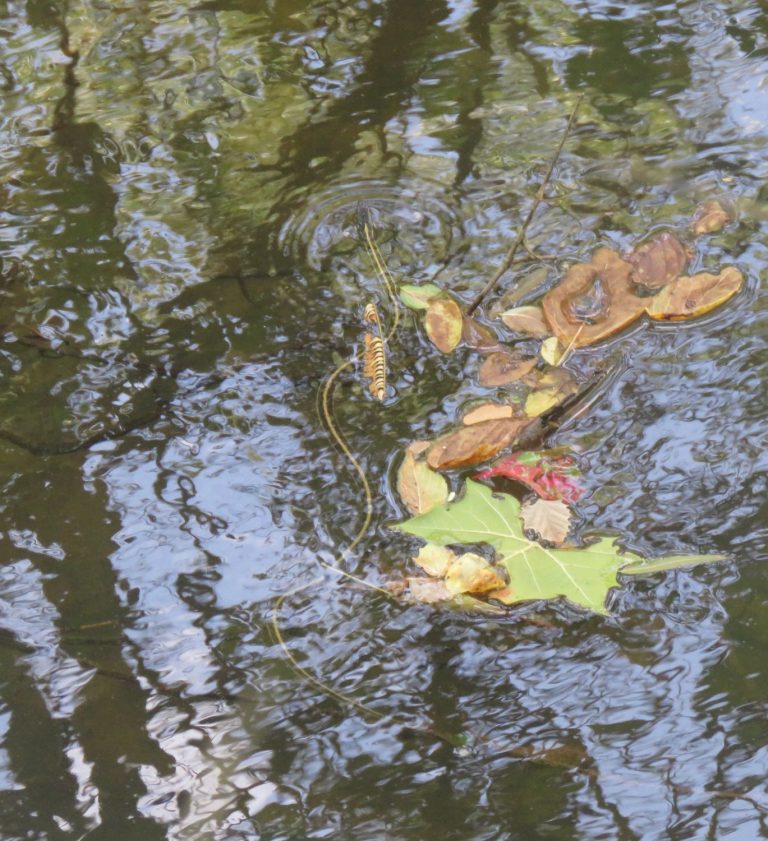 As I walked through a little field, I noticed a tiny frog hopping, a spring peeper (Pseudacris crucifer). Given that they like swampy habitats, I wasn’t surprised there was one in this wet field. At dusk, the peepers start calling, especially in the spring and again in late summer.  If you are in an area (e.g. near a pond) at the right time, their chorus will be incredibly loud. I also discovered two different snakes crossing the river, an eastern garter snake (Thamnophis sirtalis) and a northern black racer (Coluber constrictor). I was surprised to see them swimming, as they prefer dry land. I wonder if they might have been running away from me or trying to get to a better sunning spot. Devin even found a pickerel frog during our survey. Overall, it was a really good “herp” day! 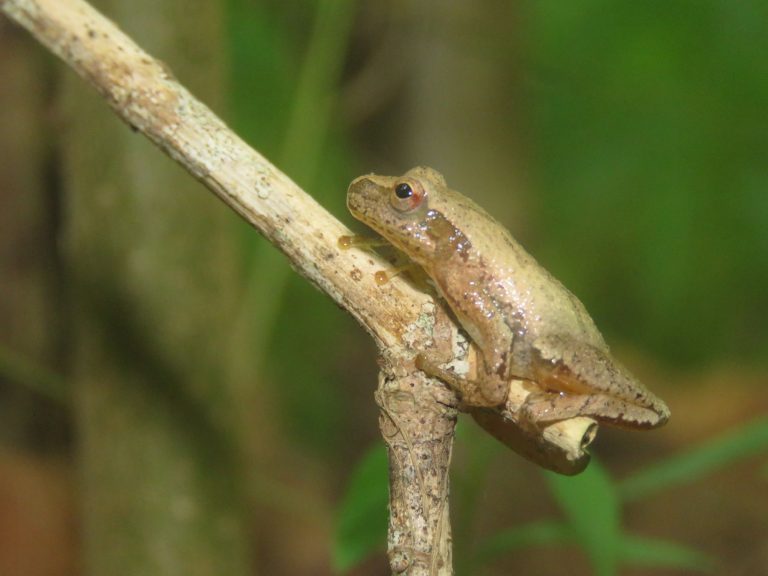