The monarch (first image) and viceroy butterflies (second image) were named in honor of a force that diminished both human diversity and native habitat integrity. These beautiful insects fight for their very existence while bearing the names of their killers!

As botanist Justin Robinson (@countrygentlemancooks) so eloquently explains, a powerful remnant of colonialism exists in our binomial, Latin-rooted, naming system for plants and animals. A most glaring example may be found in the militaristic names of the butterflies of the Danaus genera: the Monarch, Queen, and Soldier. Those common names are in keeping with the Genus name (Danaus), which is associated with authoritarianism (royalty). None of the names have anything to do with the insects’ actual ecology. The names do, however, glorify the militaristic nature of the culture that named them, and the means by which colonialism marched across the Atlantic. 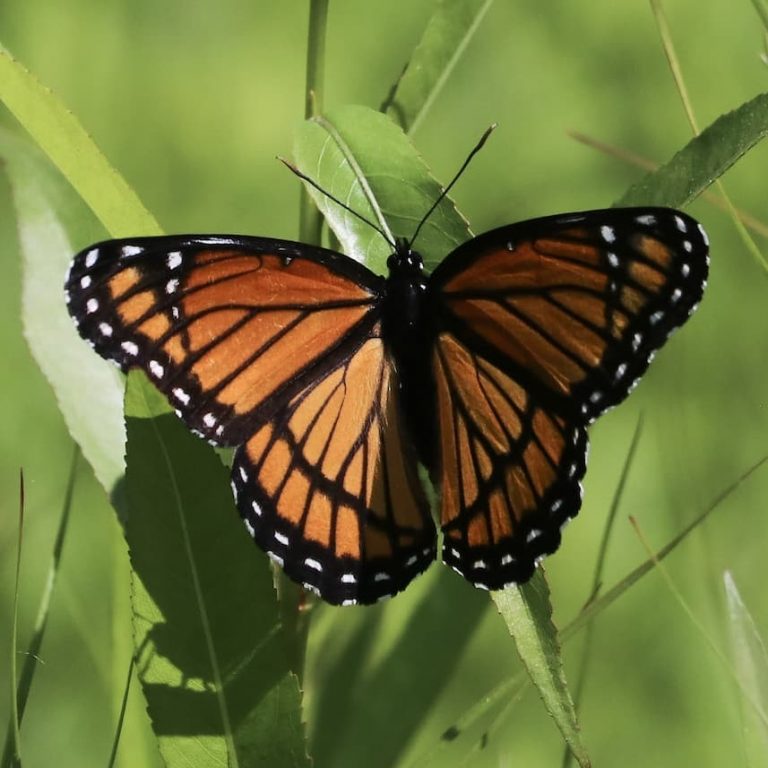 The Viceroy butterfly was also named because of its evolutionary relationship (now understood as müllerian co-mimicry) to the “Monarch” and “Queen” butterflies . The renaming of everything by upper class colonial Europeans, from the rivers and mountains, to plants and butterflies, constituted a collective oppressive action that elevated the notion of white supremacy around the world.

It’s all connected. The butterfly is innocent, but its namer is not. We will never look at a monarch butterfly the same way again, and the romanticized white veil is beginning to lift. Should the tragic side of the history of naming diminish the love and respect we all have for this beautiful animal? Of course not! It gives it depth, meaning, and power in stewardship action!