A long line of fire stretched across the contour of the hill, slowly burning upslope towards the ash coated ground that had already been burned.  The fire moved quickly and thoroughly through dense stiltgrass thatch that completely obscured the ground, but when it encountered patches of taller perilla or wingstem it shot many feet into the air, crackling and popping as it consumed the old, dry stalks.  Smoke filled the air, blurring the edges of the woodland and filtering the rays of the bright afternoon sun. I worked around the upper edge of the fire, and then later got below it to photograph it as it traveled up the hill. Devin, Ryan and Jessie could be seen as shapes in the smoke as they worked to spread and control the fire.  There was something beautiful and deeply satisfying about watching the fire burn through this grassland, knowing that it was paving the way for the restoration of lost biodiversity. 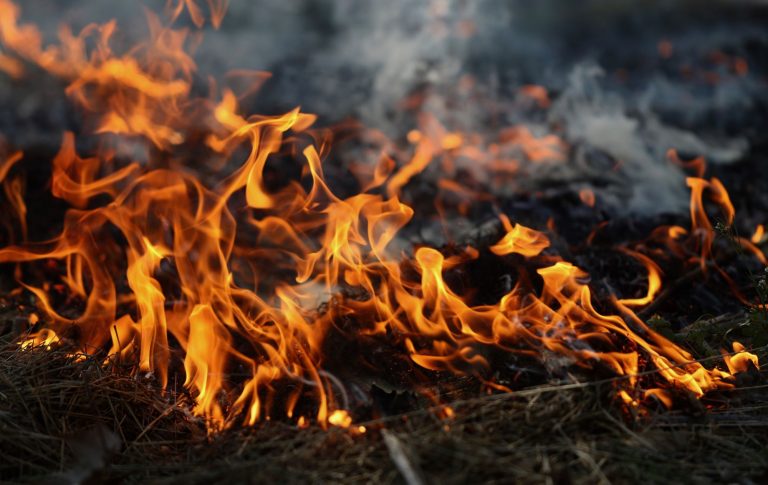 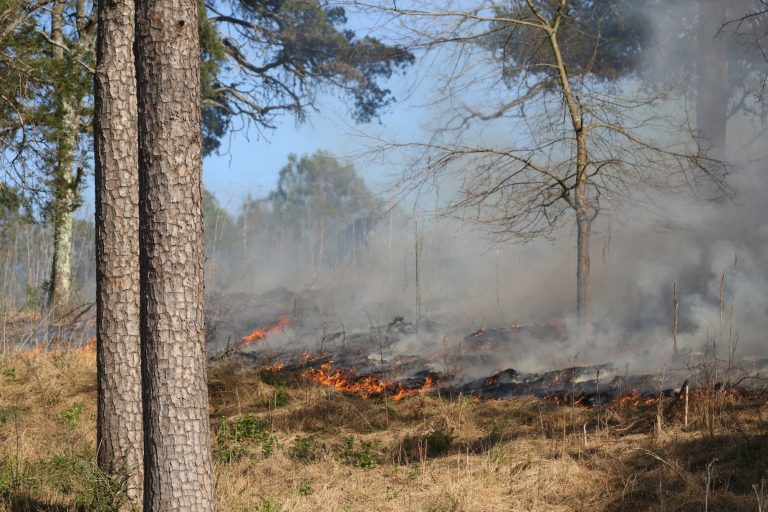 Center for Urban Habitats has been burning multiple restoration projects over the last several weeks, but the one that I was able to witness was a small patch of savanna at Oakencroft Farm in Albemarle County.  The Oakencroft site is on a sunny hillside, surrounded by hay and pastureland. The canopy consists of several large, widely spaced shortleaf and Virginia pines, as well as scattered American persimmon, black gum, black walnut, and mockernut hickory.  The understory is also open, with scattered eastern redcedar, redbud, and common hackberry. Japanese stiltgrass is the overwhelmingly dominant herb — it covered more than 90% of the plot we did there last summer. The site is beautiful in its open, savanna like character and woody species assemblage, but it’s also completely artificial.  The openness of the canopy is the result of selective clearing and forest mulching, and the herb layer is completely dominated by only a few species of invasive plants — a striking contrast to the grass and forb richness and diversity of natural grasslands. However, the site’s physiography and the structure and composition of its canopy are that of Basic Pine-Hickory Woodland/Savanna, a type of natural grassland that will be the target plant community for restoration work. 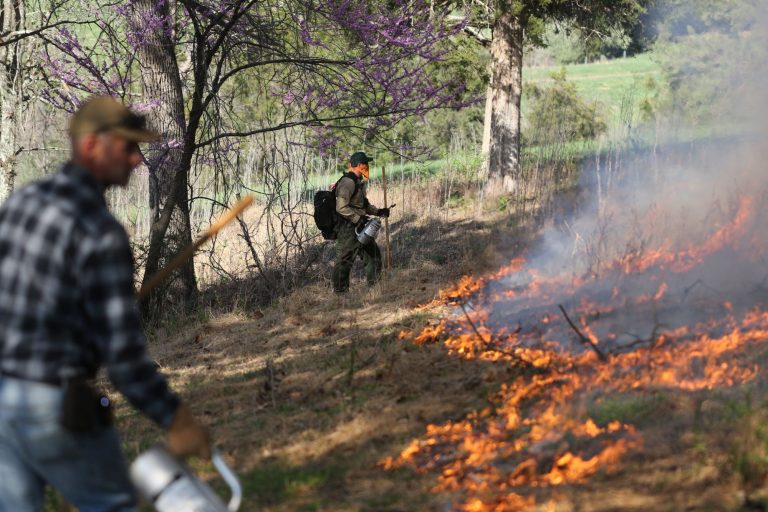 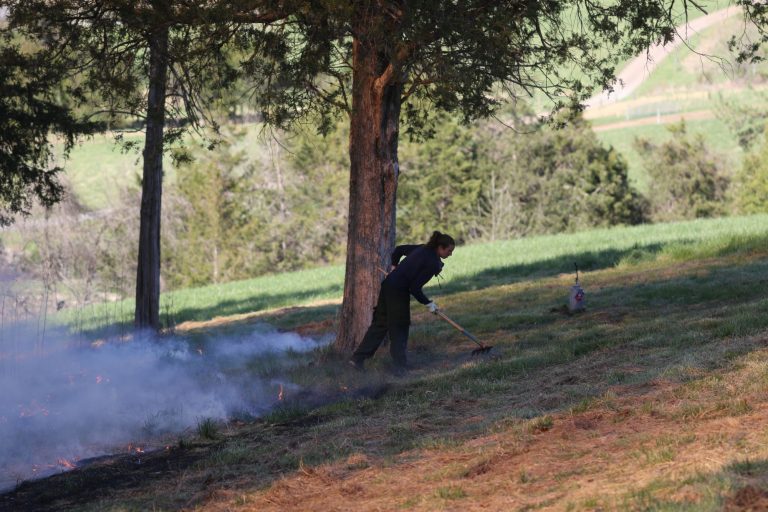 Grasslands, including woodlands, savannas, and prairies were once the dominant type of vegetation throughout much of the southeastern Coastal Plain and Piedmont.  In the Piedmont, most relatively flat areas and southeast facing slopes once supported grassland. These grasslands were maintained by a variety of factors that discouraged the encroachment of woody vegetation, including climate, harsh geologic substrates, and grazing by megafauna, but the single most important factor for most southeastern grasslands was fire.  Native Americans burned some grasslands, but the most important ignition source for most grassland maintaining fires was lightning (Noss 204). Fire was critical not only for limiting the encroachment of fire intolerant woody species, but also for the normal growth and reproduction of some fire adapted species. For instance, some fire adapted pine species like longleaf and table-mountain pines germinate at much higher rates after fires.  In the last centuries of habitat fragmentation and fire suppression most Piedmont grasslands have declined to the point where they would be unrecognizable to someone familiar with the extent of pre-European grasslands. 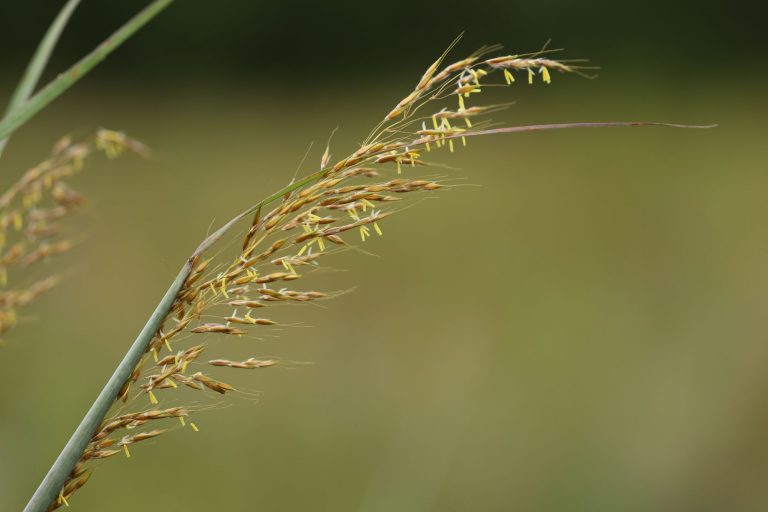 Fire maintained woodlands and savannas, particularly, have largely disappeared from the Piedmont, although highly localized patchworks of woodland plant communities can still be found around rock outcrop barrens, where harsh soil conditions slow the dominance of woody vegetation.  The only places where extensive woodlands and savannas still exist in the Virginia Piedmont are military bases, particularly Quantico Marine Base and Fort Pickett, where incendiary fires occur frequently enough to imitate a natural fire regime (DCR-DNH). I’ve never been to these sites, but the plant richness and diversity must be incredible, even compared to other grasslands, which are generally known for being species rich and diverse.  When CUH does plot work, we generally expect a grassland plot to have almost twice as many species as an otherwise equivalent forested one. 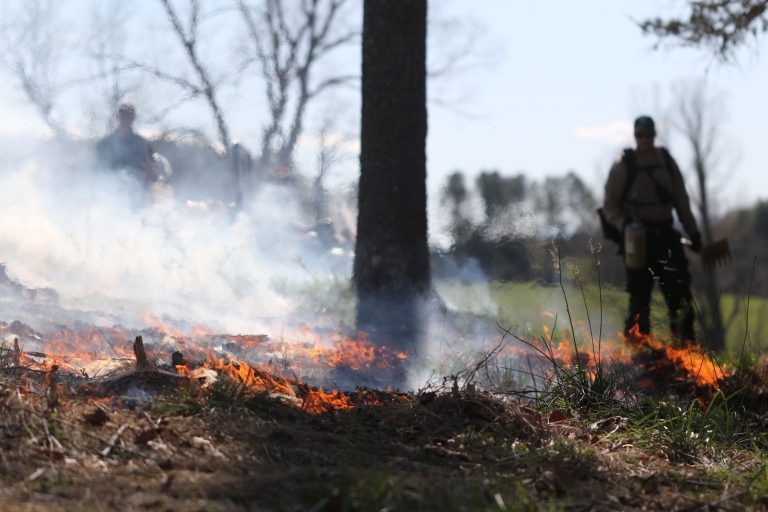 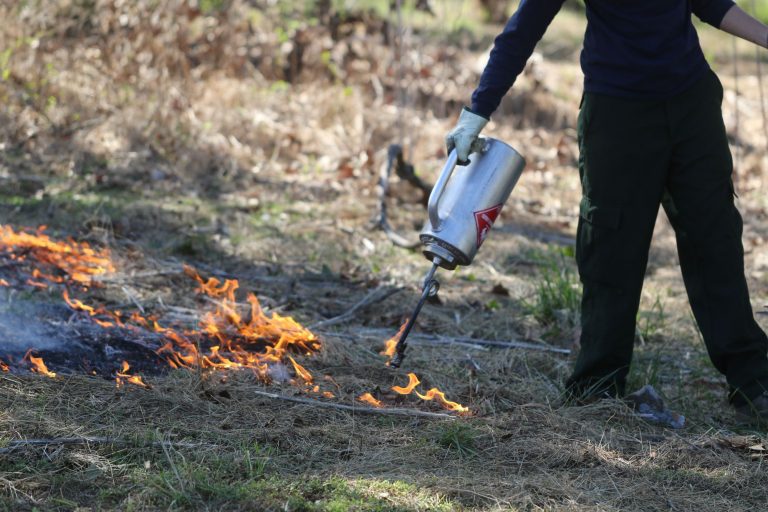 Center for Urban Habitat’s goal for the Oakencroft site is to restore it to a basic woodland similar to the ones found at Quantico Marine Base and Fort Pickett, and once found throughout the Piedmont.  By modeling the species they plant at Oakencroft on the species that occur naturally in Basic Pine-Hickory Woodland/Savanna, CUH can ensure that the Oakencroft woodland resembles that community, and is capable of supporting the plant and animal richness and diversity of natural grasslands.  In order to really be a “natural” grassland, though, Oakencroft needs not only the natural species, but also the natural disturbance regime – fire. In the same way that grassland plants have evolved together for thousands of years into the assemblages we call plant communities, they have also evolved with fire.  Fire is the physical force that maintains and shapes the species composition of southeastern grasslands, and it’s as important to a healthy grassland as having the correct mix of species. 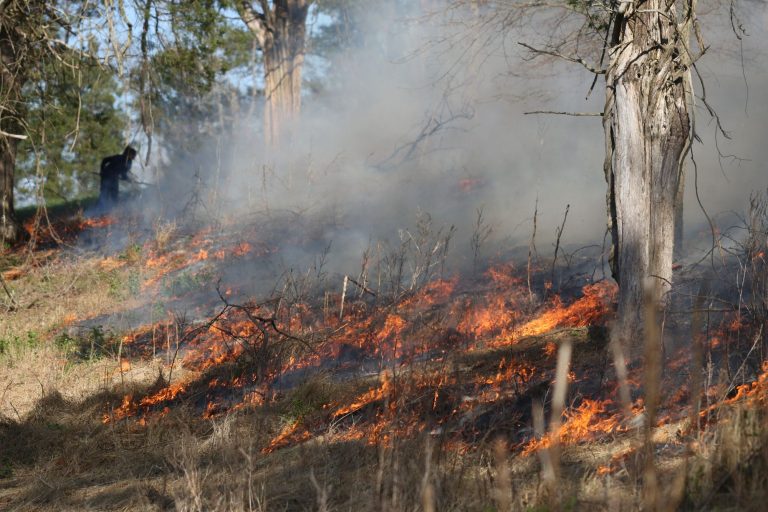 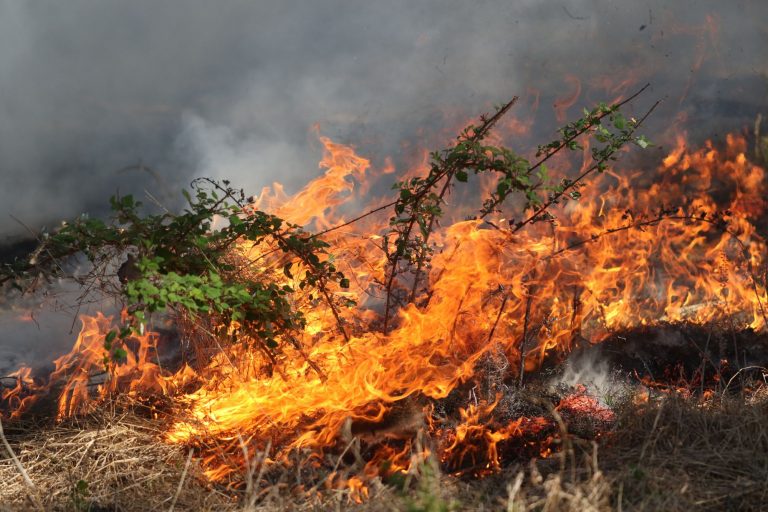 I would love to see the natural fire regime of native grasslands and the biodiversity that it supports restored to the Piedmont on a broad scale, and I think the best way to accomplish that is bit by bit, acre by acre, as CUH is doing at Oakencroft.  As I was getting ready to leave the Oakencroft site I walked through the part of the savanna that had already been burned. The fire still burned below me, but this area was cool and peaceful, and the air was clear of smoke. A fine layer of nutrient rich black ash coating the ground was all that was left of last year’s stiltgrass stalks, although its seeds still survived in the soil.  Charred invasive shrubs (Japanese barberry, wineberry, multiflora rose) still stood scattered throughout the area, and some of them would recover — invasive plants can be adapted to fire too, after all — but for now the land was ready to receive native grassland plants that may have been missing for decades. Over the next year CUH will plant thousands of plugs and scatter tens or maybe hundreds of thousands of seeds in an attempt to recreate the richness and diversity of the lost basic savannas.  I’m excited to see how different the site will look in only a few years, and I hope that eventually it will be stands of little bluestem, panic grasses, and Indiangrass, instead of Japanese stiltgrass, providing the fuel for future burns. 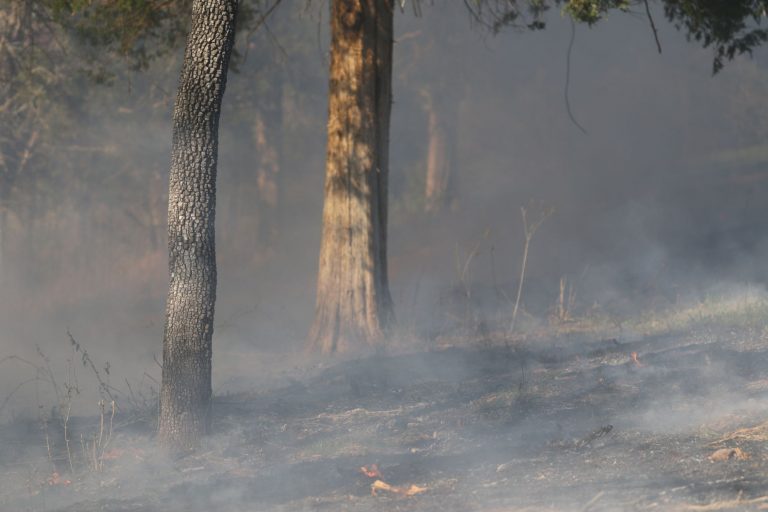