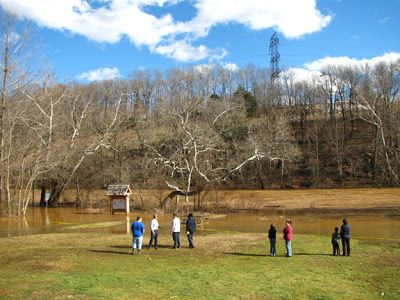 On a tip from a friend, we ventured to Riverview park yesterday afternoon to watch the river rise. Objects including a tent, giant hay bales, and entire trees floated past at an impressive pace. We were at the park (kids playing in the water and the playground) for about two hours, and during that time the water was rising. A city worker said that an additional two feet was expected by nightfall, which probably pushed the river’s edge right up to the wooden beams that frame the playground!
If you get a chance, get out today! The trails along the river were under lots of water yesterday, so they probably look pretty interesting today (I just checked…the Rivanna is back within its banks). 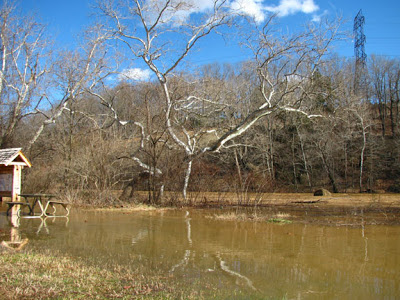 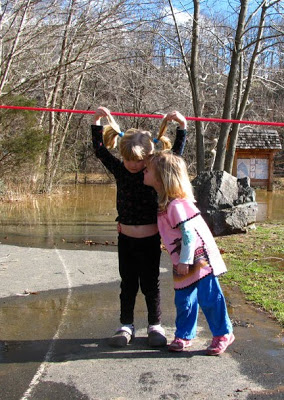 About an hour after this photo was taken the foreground was covered with water. We all watched as a rodent swam a circle around that rock in the middlegound. It tried to climb it, but failed…it then swam across the path and into the forest.