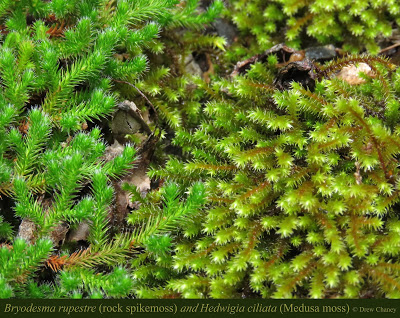 As you walk up the hill, you see a gap in the canopy. A sloping outcrop of bedrock lies before you, bordered by gnarled cedars, dwarf hackberries with smooth, cool gray branches, and the olive-green ground cover of the hairy lip fern. You step into the clearing and are struck by a sudden flood of sunlight. You look around and are able to see not only the wooded terrain around and below you, but across the valley to the next mountain, the openness a sheer contrast to the dense, obscuring vegetation within the forest. A closer look at the rock reveals a complex mosaic, the deep forest green Grimmia, emerald Bryodesma, and yellow-green Medusa moss mixing with crinkled carpets of lichens. 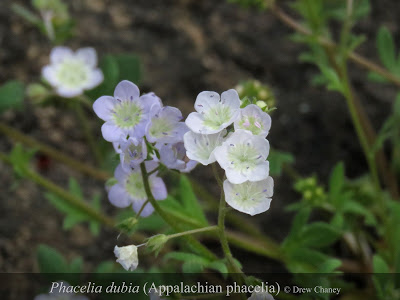 In the larger crevices where debris and sediment can build up, prickly pear cacti spread their flattened pads and send up their sunny blossoms, and the biennial Appalachian phacelia forms drifts of its pale blue flowers, like a low-hanging fog, while the fleeting magenta blooms of the quill fameflower hover over their succulent rosettes that root in the moss which fills the crevices and ephemeral seeps that run down the rock. A red-headed woodpecker
drums on an oak snag that rises from the open basic woodland that
surrounds the outcrop, hackberry emperor and juniper hairstreak
butterflies flit about the clearing, and little brown skinks tunnel
under the thick mats of moss. This is the Piedmont Mafic Barren. 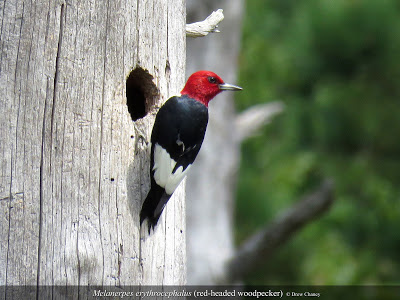 The Piedmont Mafic Barren is a globally imperiled plant community restricted to the Virginia Piedmont; the amalgamation of plant species living in harmony here cannot be found anywhere else in the world, and it is in danger of disappearing. It primarily occurs on outcrops of diabase or metabasalt (greenstone) substrates at low elevations, and ranges in form from a flat “pavement” to a fairly steep slope. Mafic refers to rock that is rich in magnesium and iron. The outcrops are typically covered in a patchwork of mosses, lichens, and, in the larger crevices, herbaceous vegetation and tree seedlings. Brief, intermittent water seepages provide certain plant species with the conditions they seem to prefer. Tree growth is limited by edaphic factors and typically consists of Juniperus virginiana (eastern 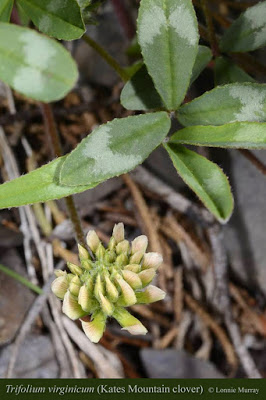 It is essential that we protect this imperiled plant community, not only for the flora and fauna that call it home, but also because it is an important part of the unique and oft-unnoticed natural and cultural heritage of the Piedmont landscape. 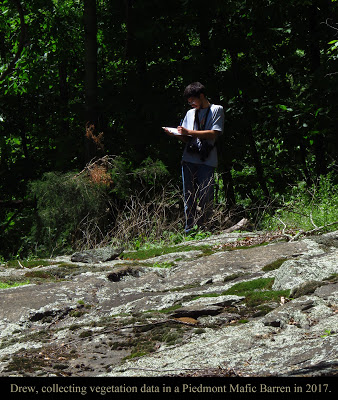 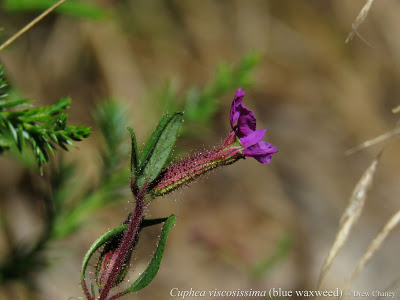 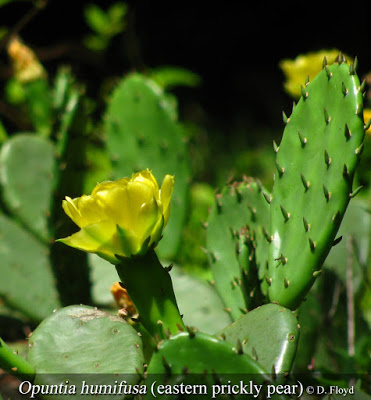 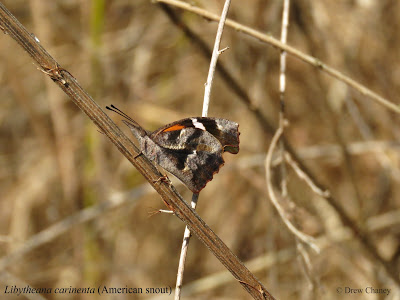 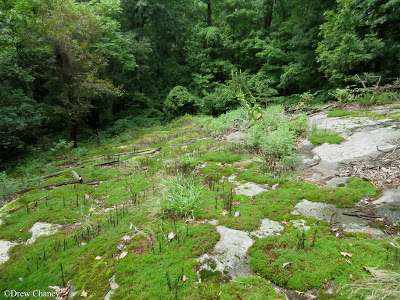 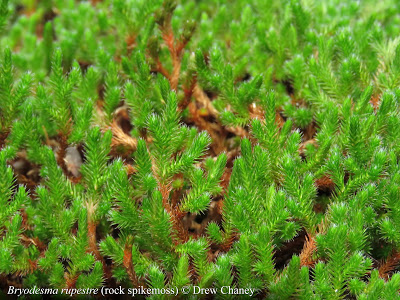 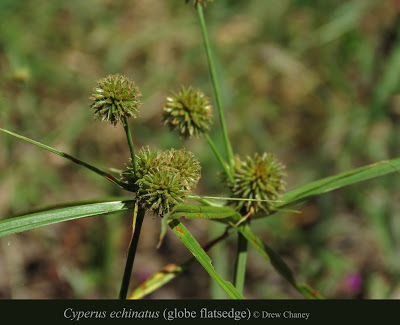 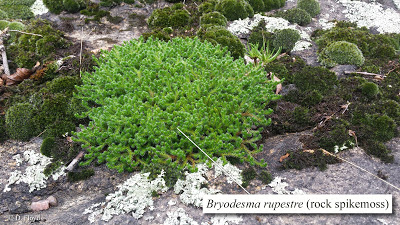 One thought on “The Piedmont Mafic Barren: A Rare but Endangered Treasure Right in our Midst”