This little patch of prairie in Charlottesville tells a story that is far deeper than the narrative of conservation landscaping and pollinators. It traces and honors an ancient path, and is a tribute to the lost culture, animals, and ecosystems of the Piedmont. Indeed, any landscaping that involves an approach that reintroduces natural plant communities can be viewed through a similar lens. It is a memory box of sorts. It is an action to repair something that was stolen. Not only can native landscaping serve an immediate conservation function, it can be a window into the past and the future. 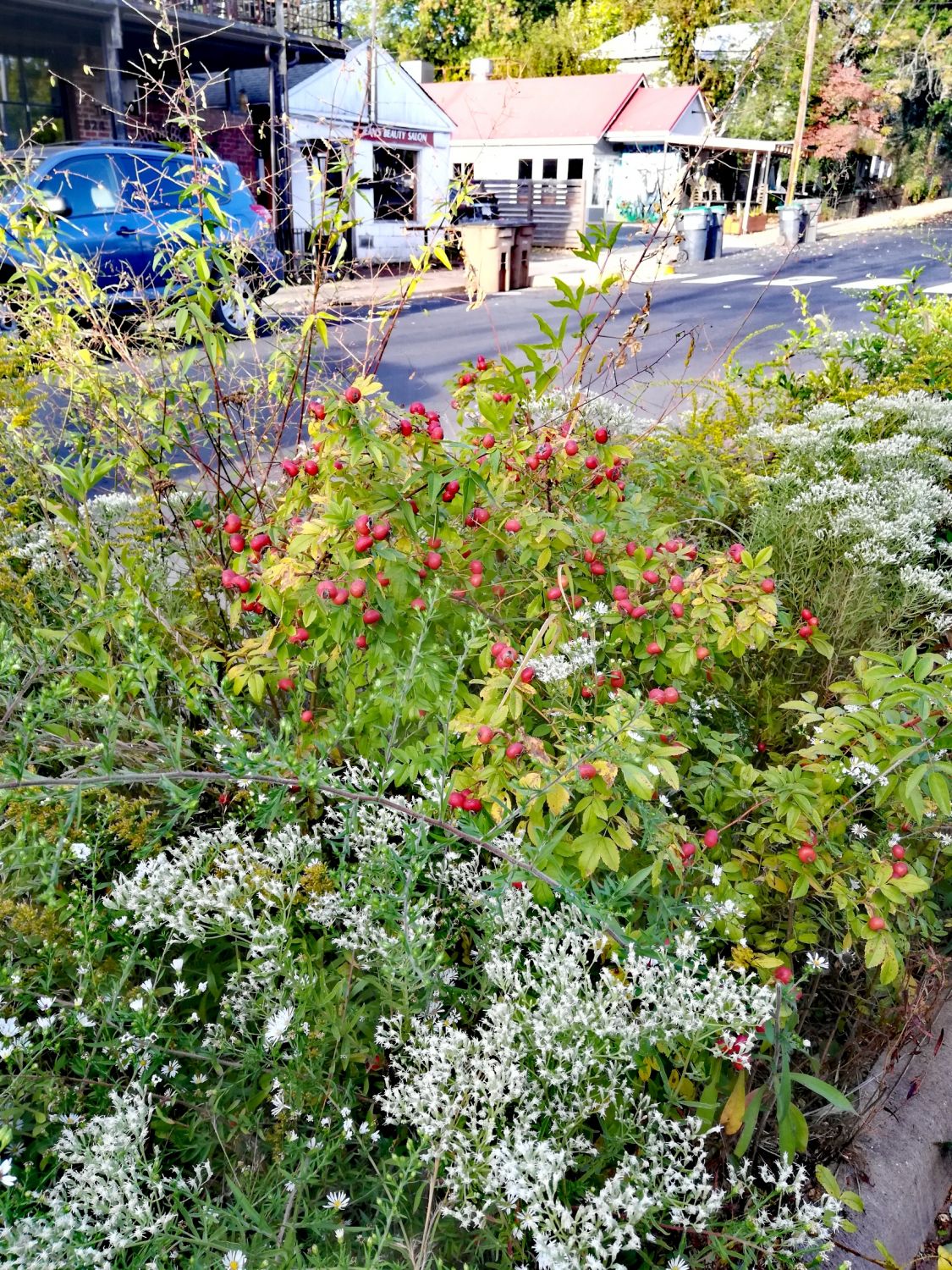 One may not realize it at first glance, but with some research one will find that the little strip of grassland, at the corner of Hinton Avenue and Monticello Road, borders an ancient path known during the Colonial Period as Three Notch’d Road. It was first worn bare by eons of wildlife movement. Eventually bison and other regional migratory animals utilized this trail. It crossed a complex landscape dominated by a multitude of grassland ecosystem types on any terrain that was remotely close to being flat (mostly bright and colorful savannas and woodlands) and cathedral-like forests on large floodplains, in deep ravines, and on steep north facing slopes. The trail connected the expansive grasslands and patchwork of forests of the Coastal Plain and Piedmont with those of the Shenandoah Valley during the Archaic and Woodland Periods. 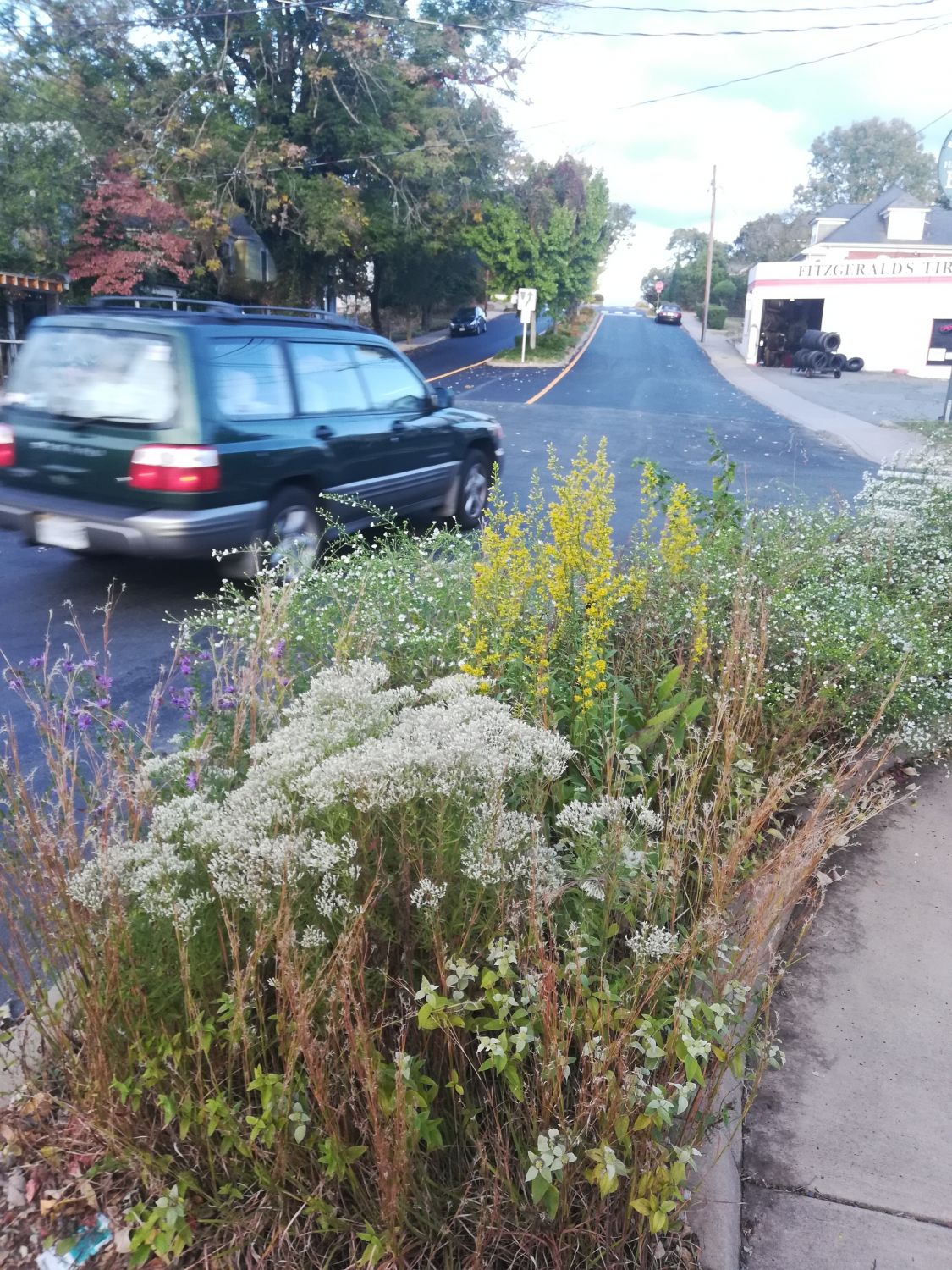 Indigenous People used the trail for trade, travel, hunting, and war for thousands of years. This path may have been a primary travel route connecting the tribes of the Coastal Plain to those of the Piedmont, Blue Ridge, and Ridge and Valley (The Monacan culture). Today Indigenous People still follow the path, but on Interstate 64, Route 250, and the little meandering remnants of the path they replaced. Along this route they face a continuous view of the lands that were taken from their kin by European colonists. Eventually colonists would name it Three Notch’d Road and use it to further their advance west, leaving in their wake the decimation of Native American culture and the removal of the natural upland ecosystems of the region. Colonialism, and slavery arrived in the Charlottesville area along this path. Three Notch’d Road was a conduit through which white Europeans forced enslaved Africans into the tragic labor of destroying natural systems and replacing them with agricultural fields, pasture, towns, and eventually cities. This old path has carried and fostered beauty and life, but also tragedy and death. 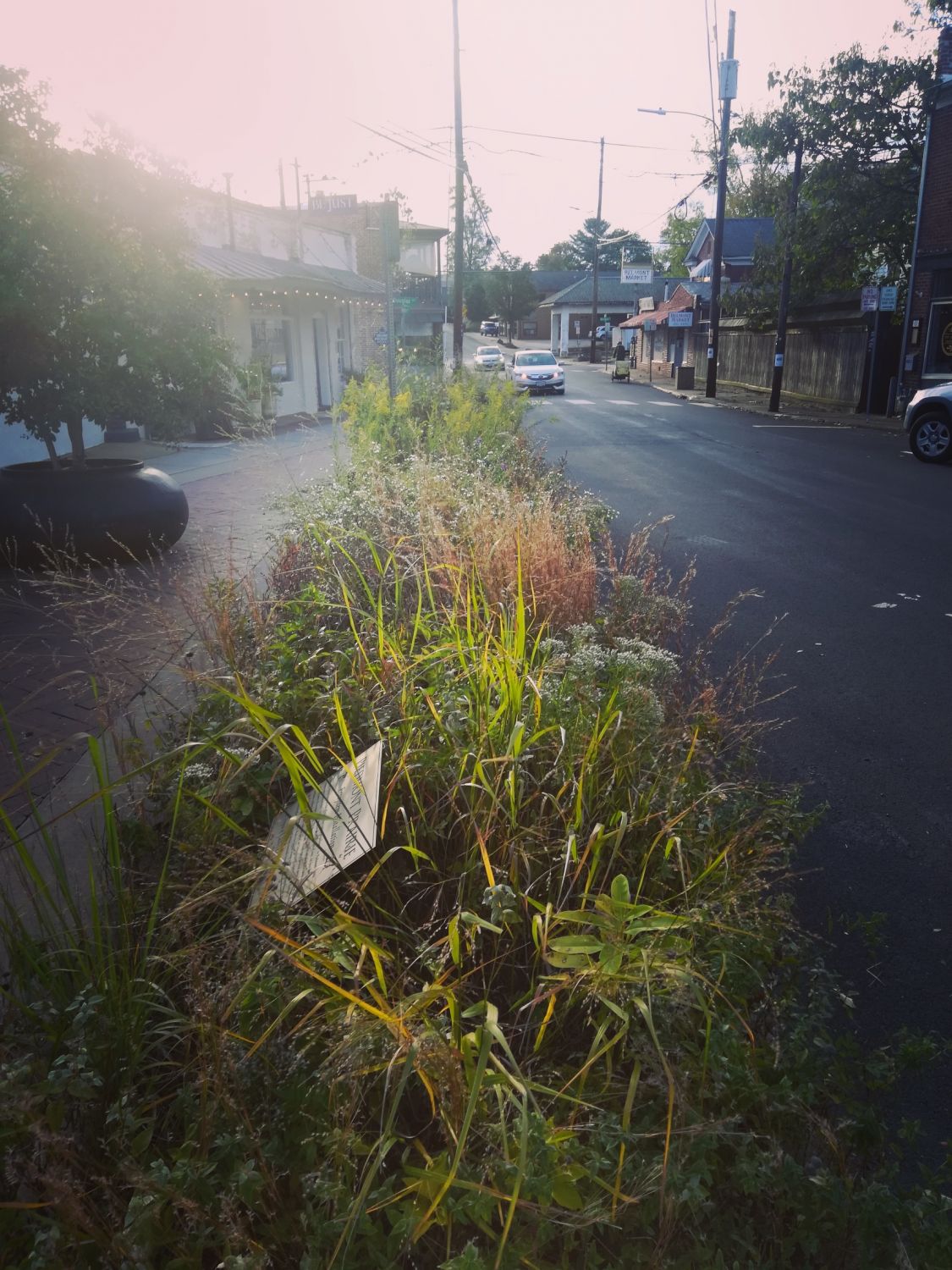 The foot path eventually gave way to west-bound primates riding horses, and the trail was widened to accommodate the wagons and automobiles that followed. Eventually it was widened further to become Richmond Road, and further still to become Route 250 and Interstate 64. Railways and canals subsume it in some places. 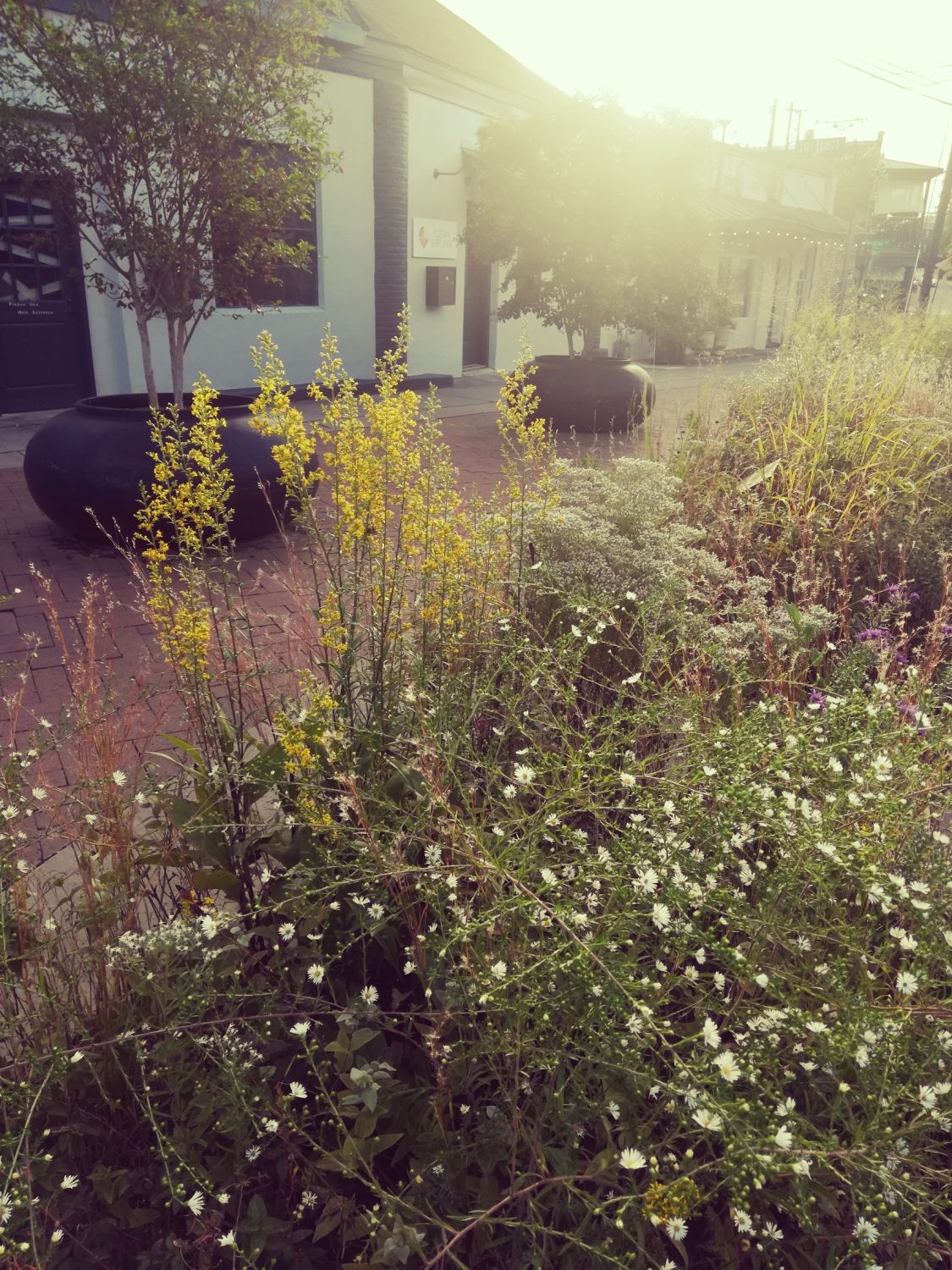 Bits and pieces remain in lesser degrees of development, in quieter settings. There may be a tiny stretch here there that remains as an animal-worn trail in a verdant woodland, or perhaps along a property line in some grassy abandoned back field. But the trail’s intuitive ecological origins sealed its fate. Efficiency and popularity made it a vector for everything on the move, and for development. And so in most places it is now erased or buried beneath pavement. 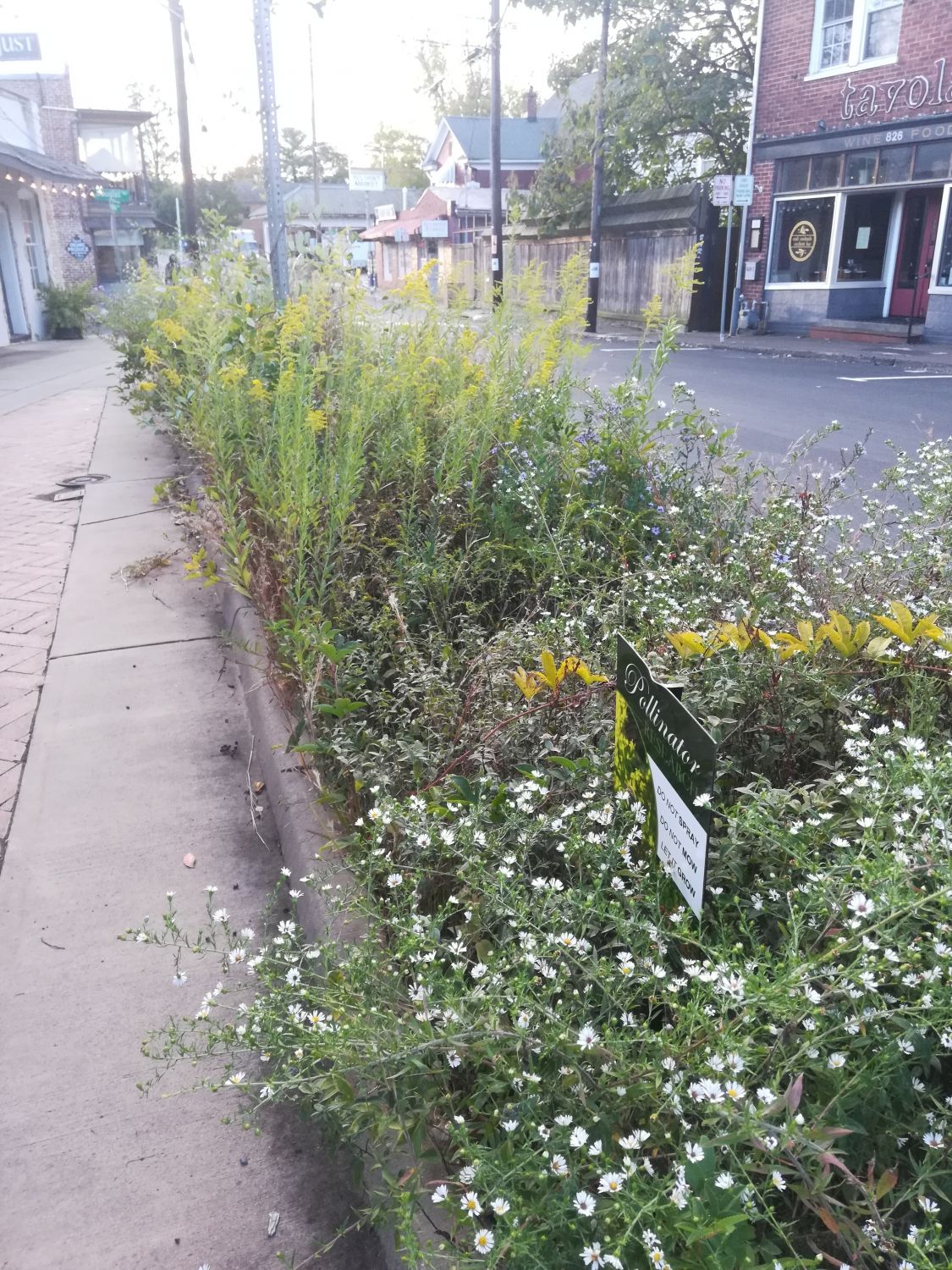 When you get a chance, go stand before this little strip of colorful grassland outside of the new cafe, Belle, in Charlottesville. Below your feet, below the concrete and brick, is that old path. Peer through the little bluestem growing there as it blows in the wind, and imagine. When I am there I hear tragic whispers of the past, its lost people, and I see bits of the forgotten grasslands of the east. But I also see hope and a future of renewal. I find reasons to take action in every glimmer of morning light that bounces around the bluestem schizocarp plumes, and off the wings of every bumblebee that sips at the bold late-season flowers. 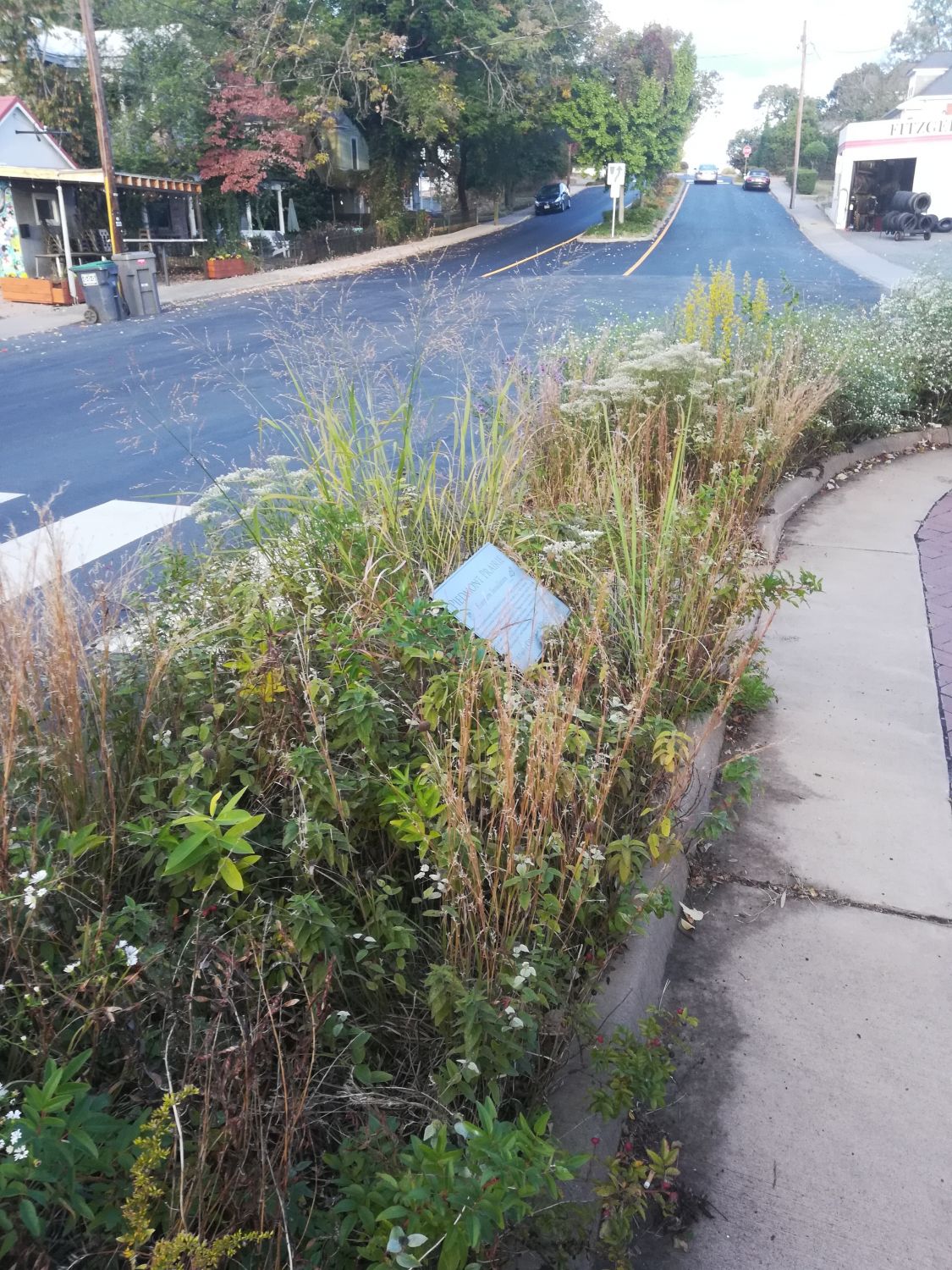 A westward view at the bend in the old path, now filled with a rich assemblage of native grassland species. We are pleased to see pasture rose and others taking root in the sidewalk cracks. 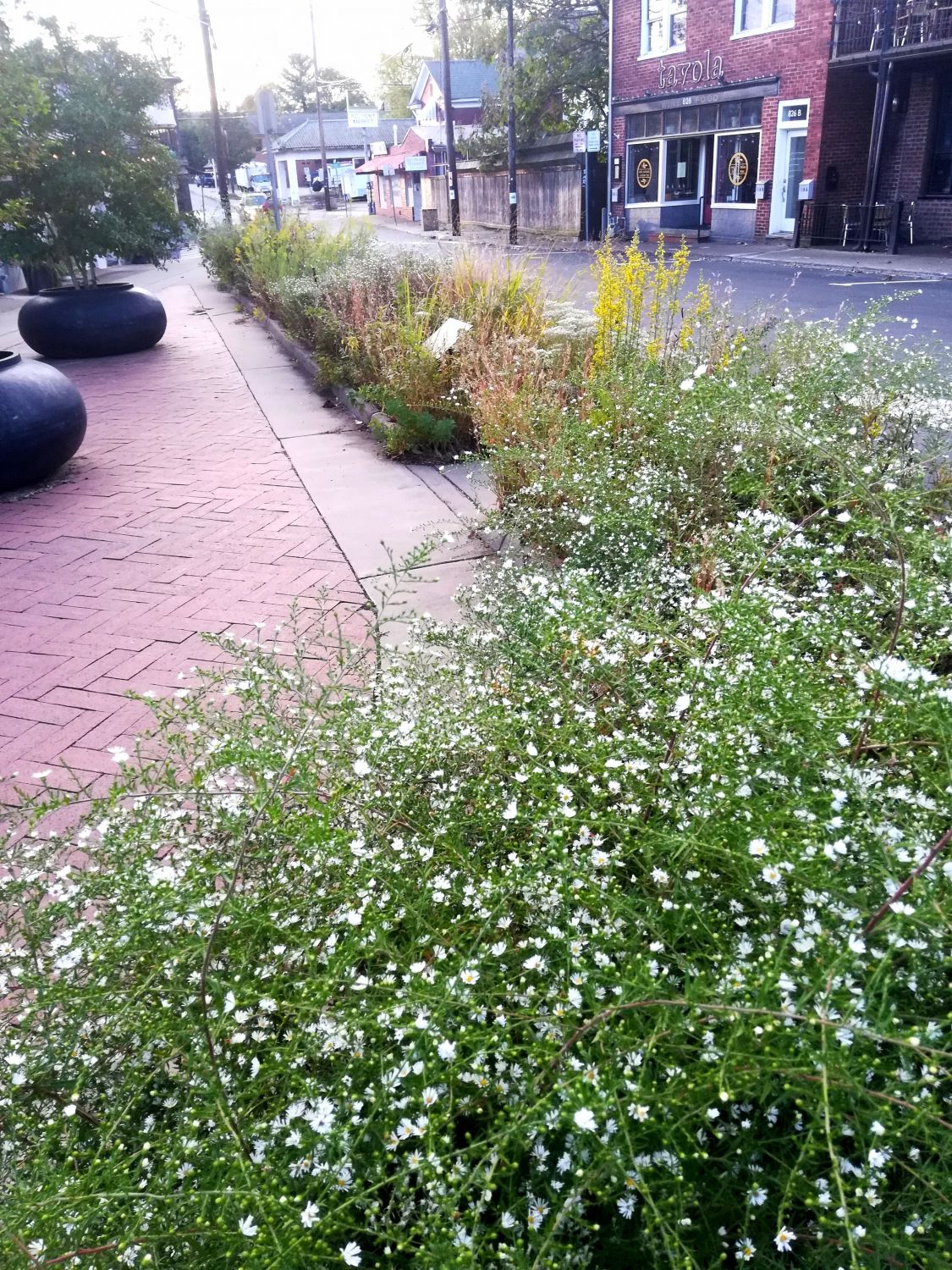 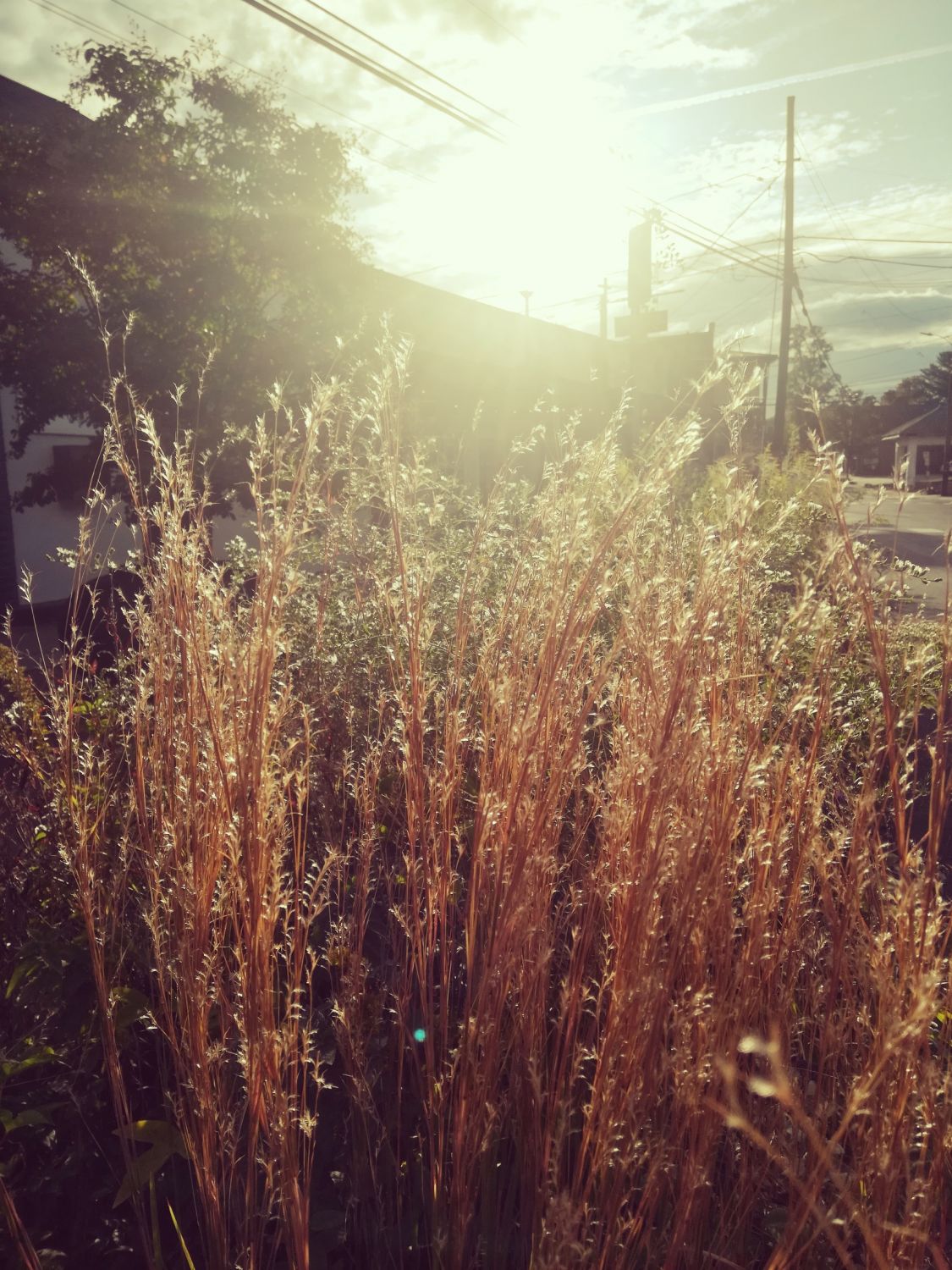 Light bounces around the schizocarps of Schizachyrium scoparium (little bluestem).

At top: View through a modern intersection, and along an old path. Three Notch’d Road. All photographs by Devin Floyd. 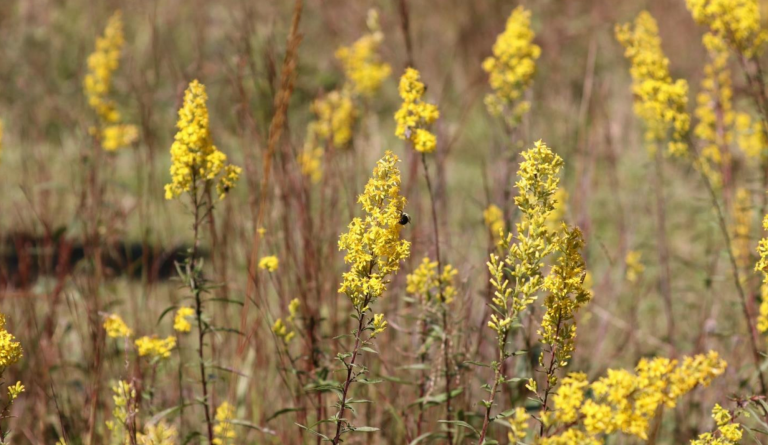 An Assessment of Native Grasslands of the East-Central Piedmont of Virginia, 2022-2023

This post is adapted from a proposal submitted to the Virginia Native Plant Society, with [...] 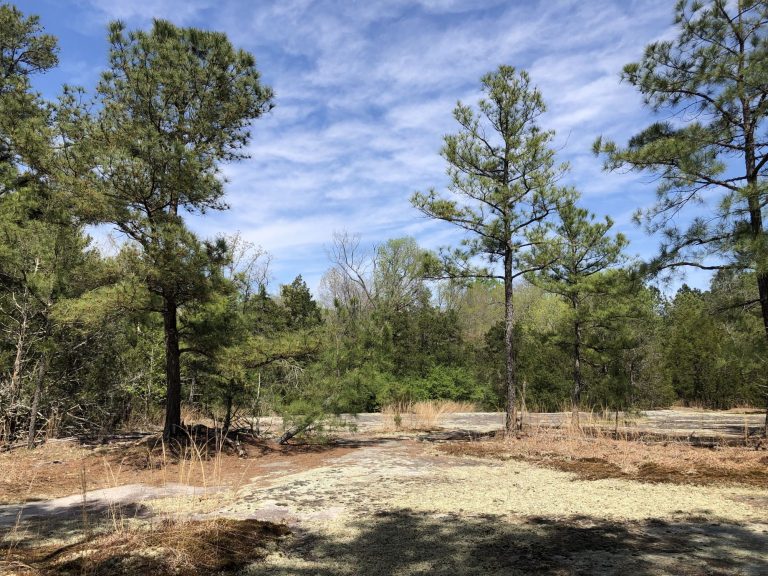 A brief natural history of Piedmont Granitic Flatrocks, and a visit to one in Virginia

by Drew Chaney April 25, 2022 The Piedmont Granitic Flatrock is an ecosystem endemic to [...] 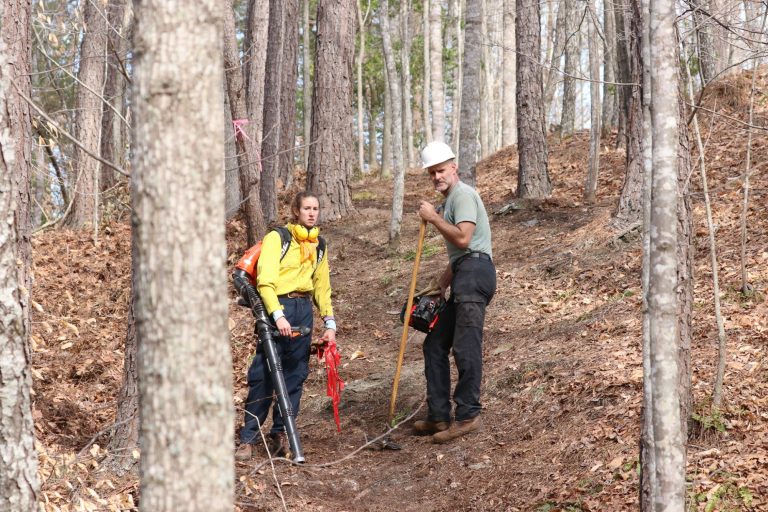 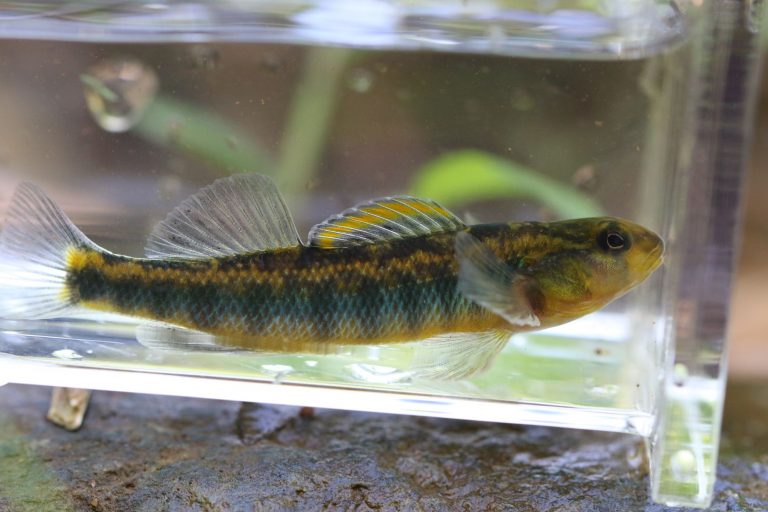 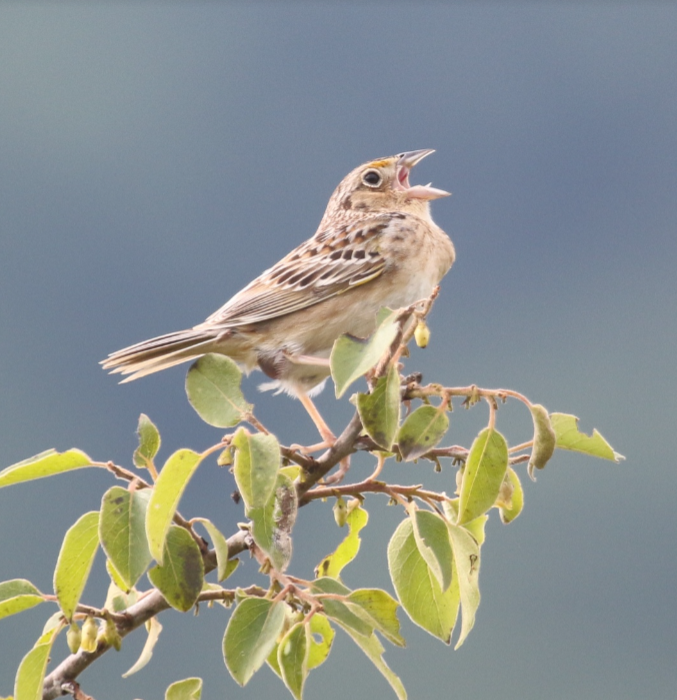 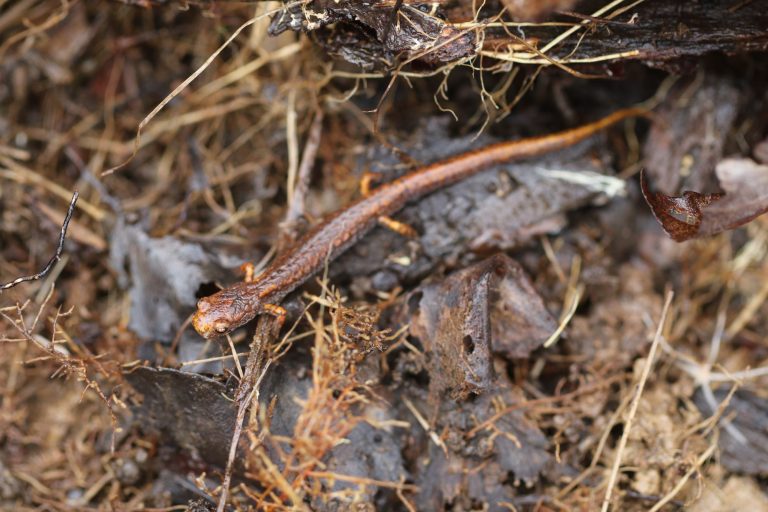 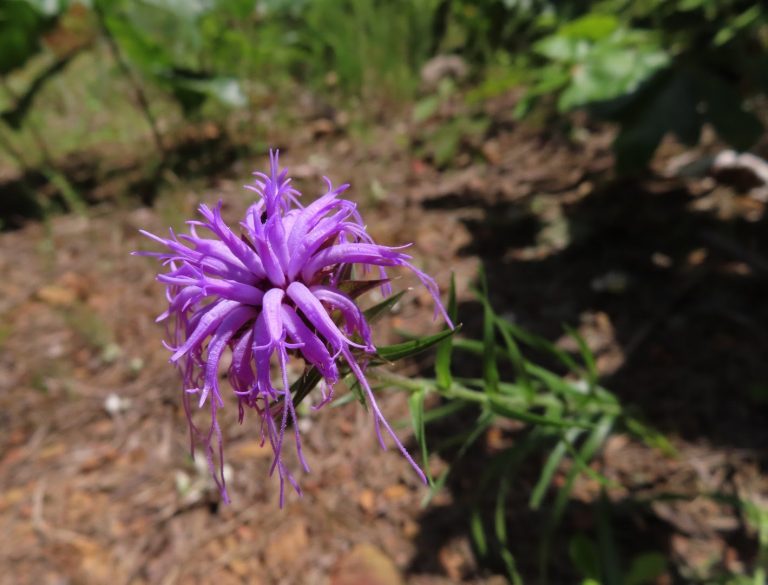