CUH field techs Drew, Emily, and I tromped through our 400 square meter sample plot in a field next to Route 20 near Charlottesville.  It was not a high integrity grassland by any means — by far the most abundant species was wingstem, an extremely common species able to thrive in almost any disturbed habitat.  Invasive species, including tall fescue, ground ivy, and Japanese honeysuckle were co-dominant after wingstem. Dillenius’ tick-trefoil seeds coated my clothes as I worked in the plot, doing my best to take soil samples from representative areas while avoiding the huge colony of blackberries right in the middle.  Emily, who was identifying and counting the shrubs, called me over with a question about the blackberries. She had been on a survey the day before where she and Devin had found sand blackberry (Rubus cuneifolius) in a powerline near Biscuit Run, and she said the blackberries in our plot looked more like that than the more common species, Pennsylvania blackberry.  I was skeptical at first, as I had never seen sand blackberry before, and before Biscuit Run, it had never been recorded in Albemarle. Not only that, it was mapped by the Digital Atlas of the Virginia Flora as being a predominantly coastal plain species, only occurring in the outer Piedmont counties.  When I looked closer though, I saw she was right. It was an odd blackberry. It had leathery, wide-ended leaves, with thick white hairs underneath them. Also, its thorns were strangely compact and viciously curved, which we found out as we tried to move through the plot. We consulted the flora of Virginia key, and sure enough, these characteristics pointed to sand blackberry.  The second record in as many days in a county where it had never been documented before. I carefully cut away some branches with old fruit to press for a voucher, the botanical term for a specimen submitted to document new records. 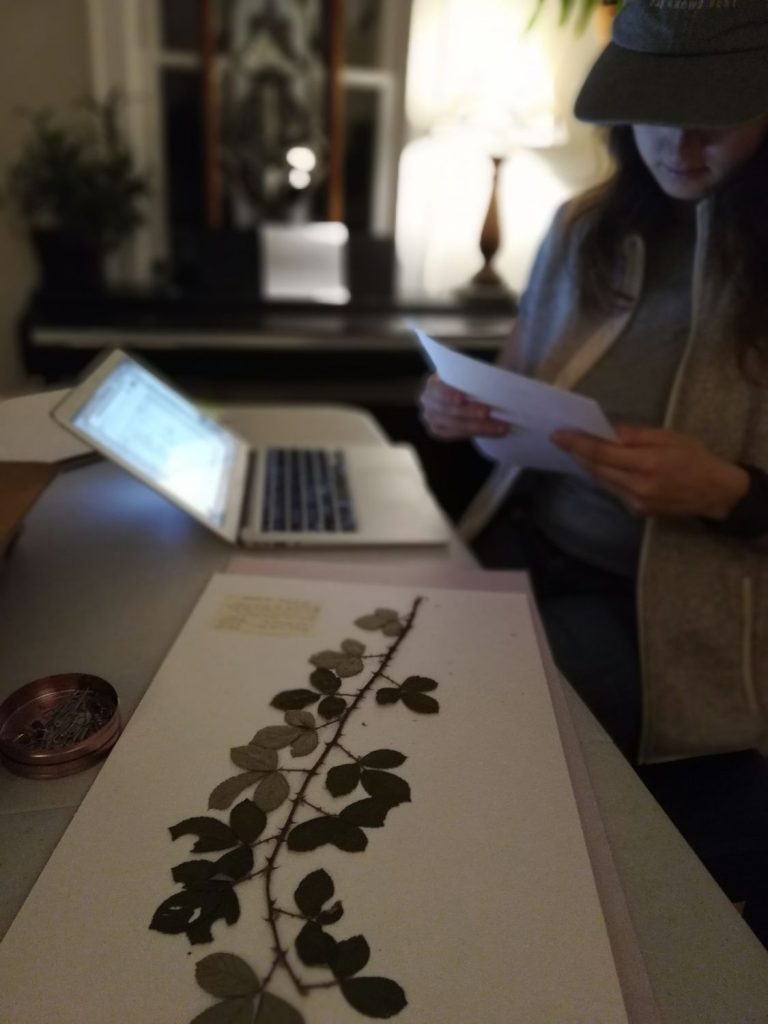 Finding new county records on surveys is always exciting, but it’s certainly not uncommon.  In fact, we return from most surveys where we’re keying many species, with at least one. For the past couple of field seasons, plant specimens of new records have been building up in our plant presses, as we haven’t had time to prepare them to submit to Virginia’s Department of Conservation and Recreation-Department of Natural Heritage (DCR-DNH).  A couple of weeks ago, several CUH techs got together to finish preparing the vouchers for submission, and to prepare CUH’s plot data for inclusion in the DCR database. 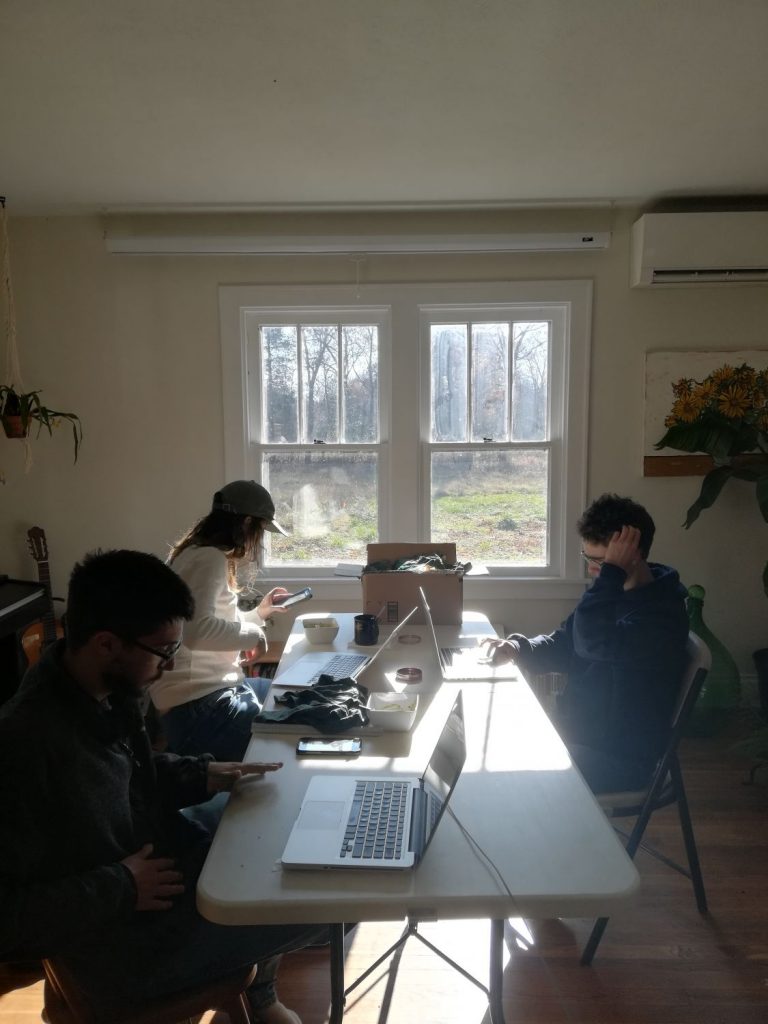 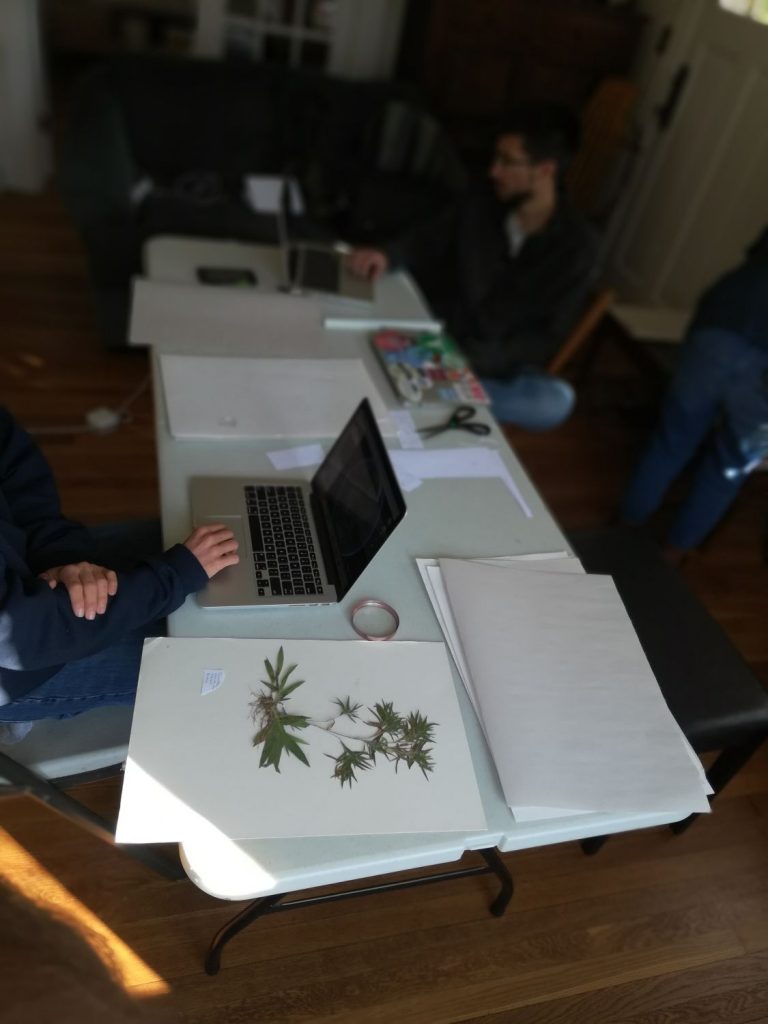 Ezra and Drew confirm identifications, gps points, and distribution prior to creating labels. 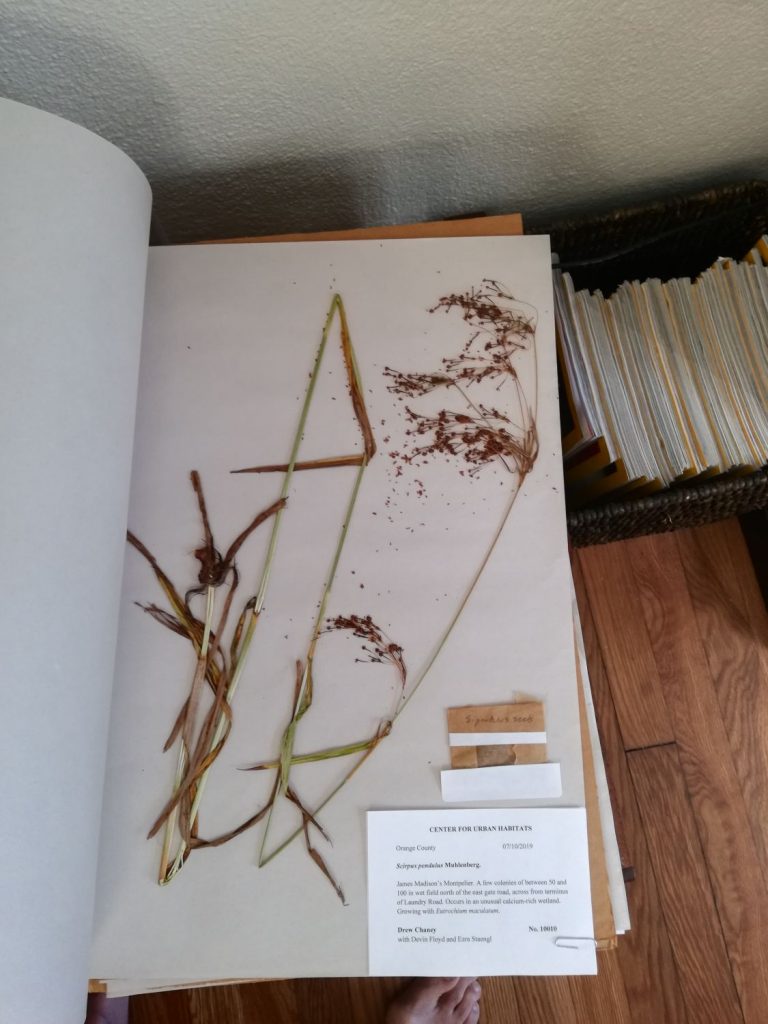 One of the main tasks of the day was writing and printing labels for each plant voucher.  Each label included detailed information on the date and location of the collection, as well as associated plants and plant communities.  We packaged the specimens and their labels into folded newsprint. Devin will take them to the DCR’s office in Richmond, where they’ll be mounted and delivered to a herbarium.  The range maps on the Digital Atlas of the Virginia flora will be updated with the new information. We ended up with 25 plant species vouchers, although the actual number of new county records we’ve seen in the field this year is probably much greater. 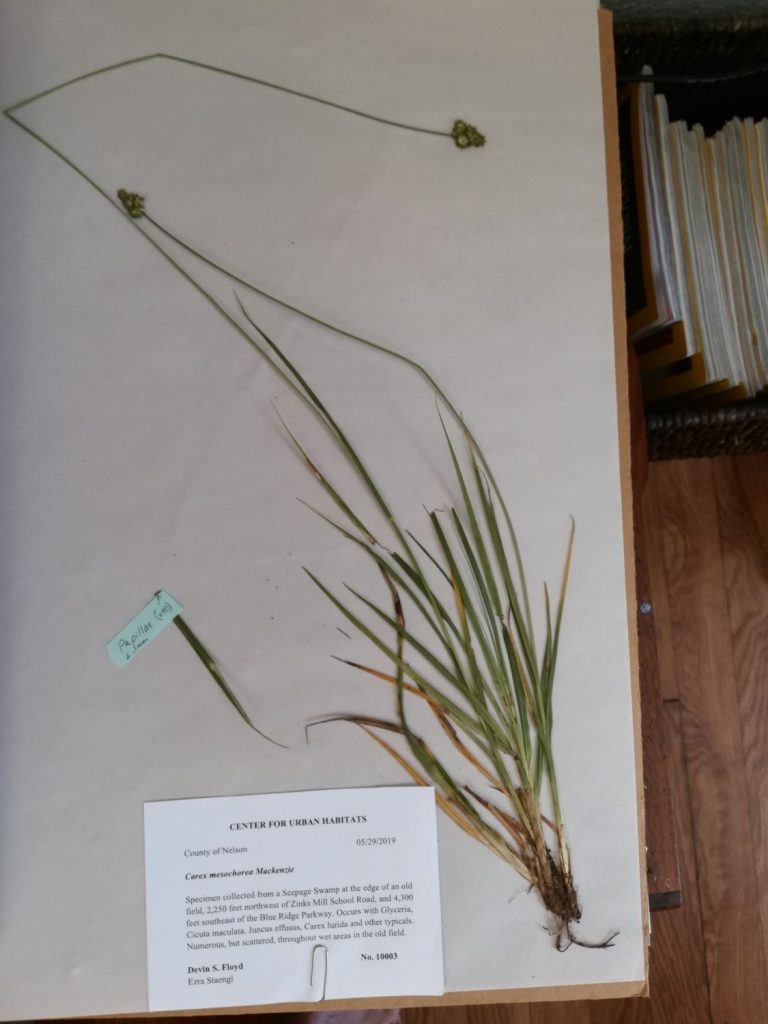 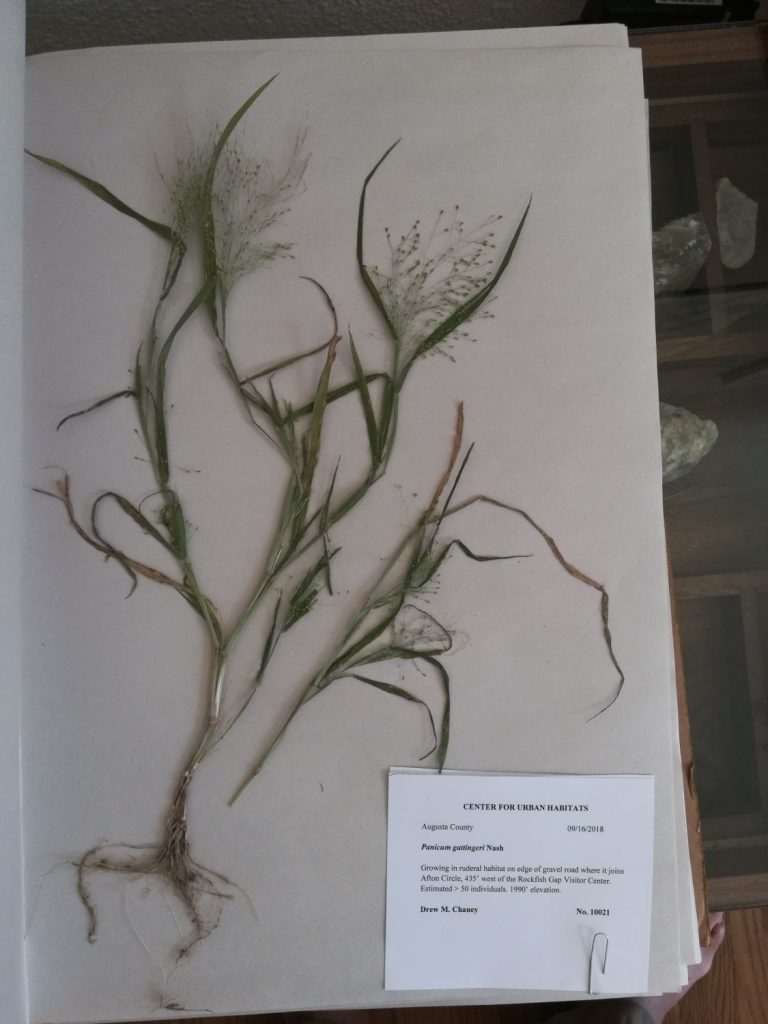 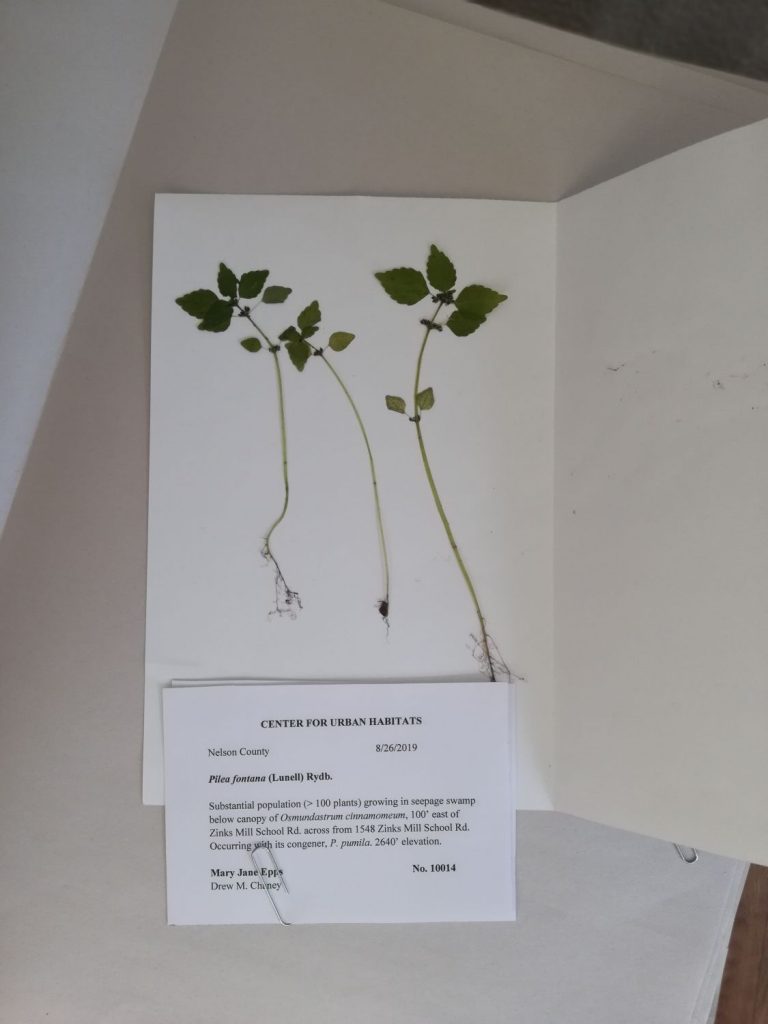 The DCR-DNH also classifies plant communities in Virginia.  In fact, CUH uses their vegetative plot methodology, classification system, and data to identify plant communities.  Because the data CUH collects is so similar to theirs, we’re sending them plot data from many of the most interesting and highest integrity plots we’ve done in the last several seasons, to add to their database.  This will give them more data and probably new local occurrences for some plant communities, which will be reflected on their website. We copied species, cover classes, and some physiographic data from many of our plots into a master spreadsheet to send to them.

Going through plant specimens and plot data from the past was fun, as there were many good memories of exploration and discovery tied to them.  Here’s a few of the highlights we reviewed on our voucher day — two new county records and an interesting plant community: 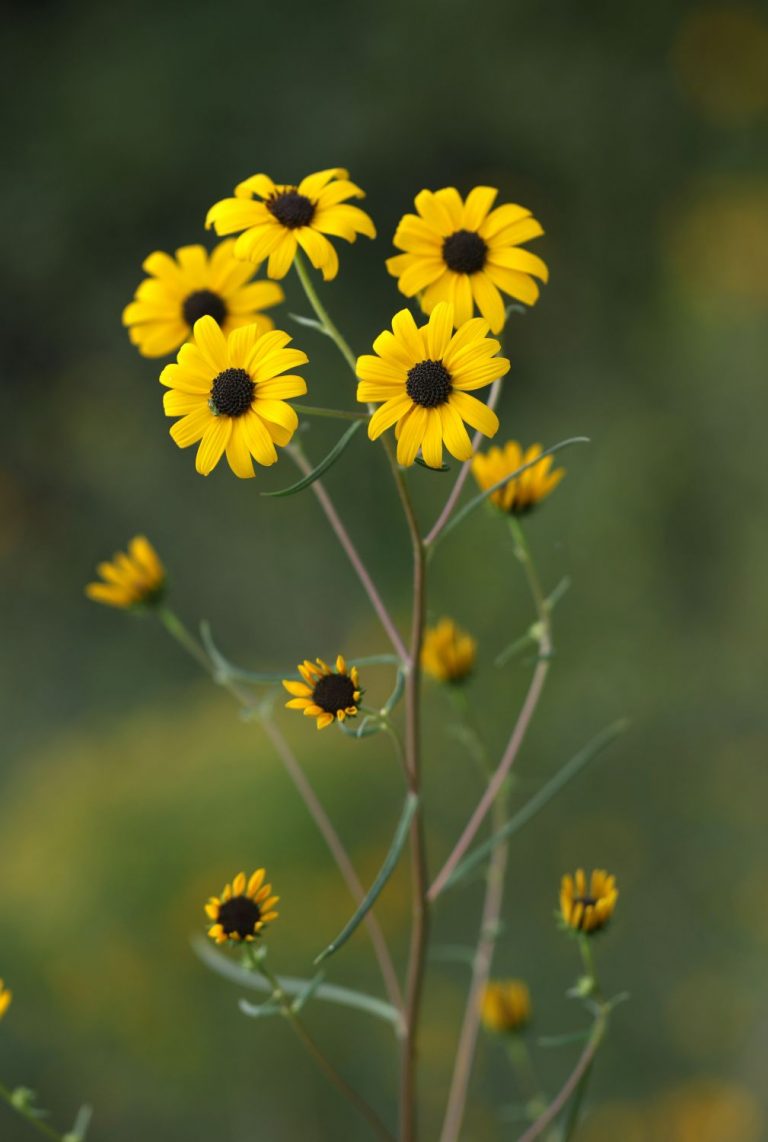 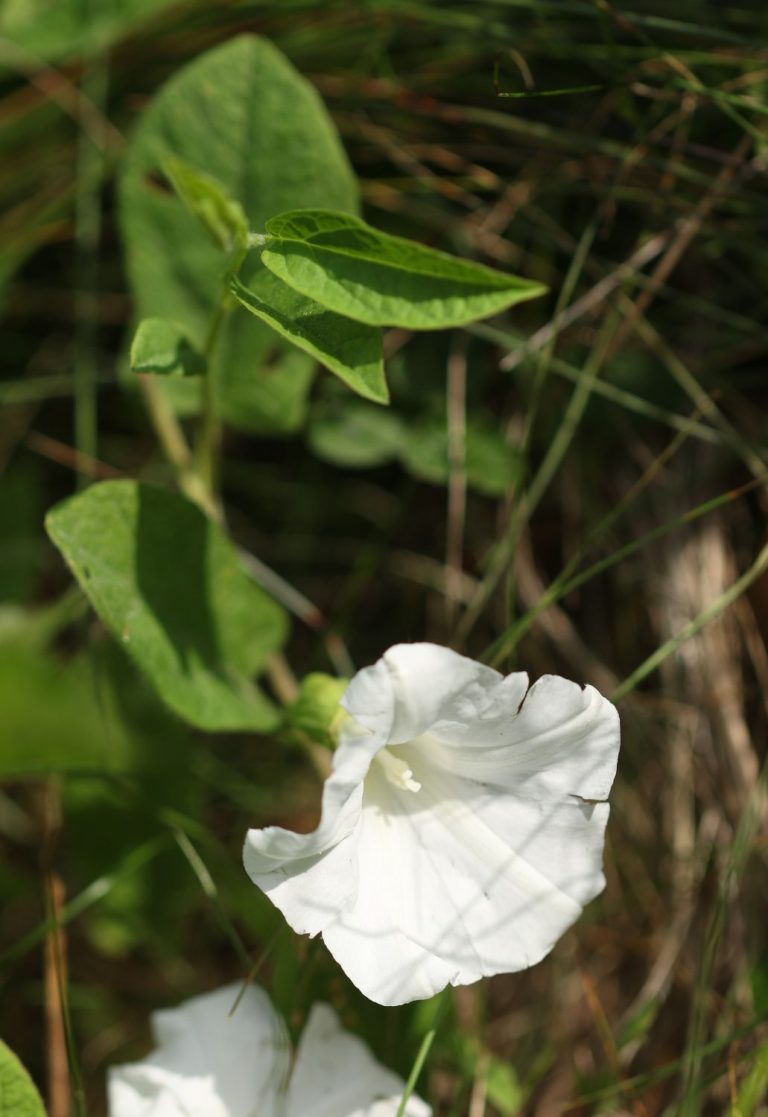 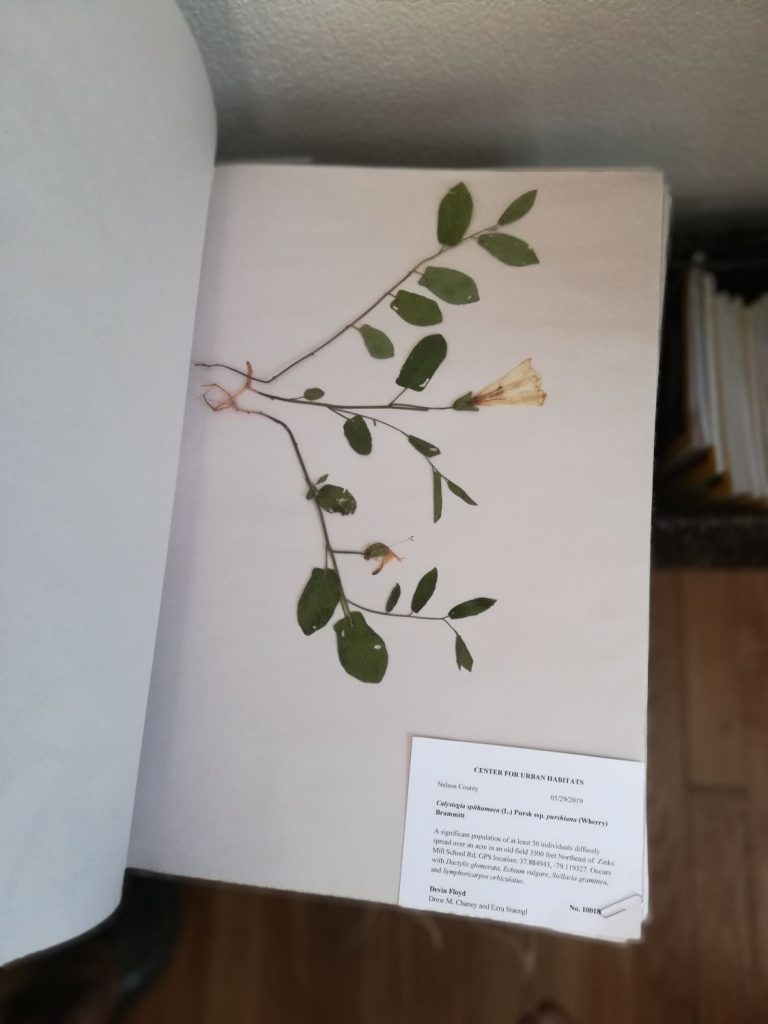 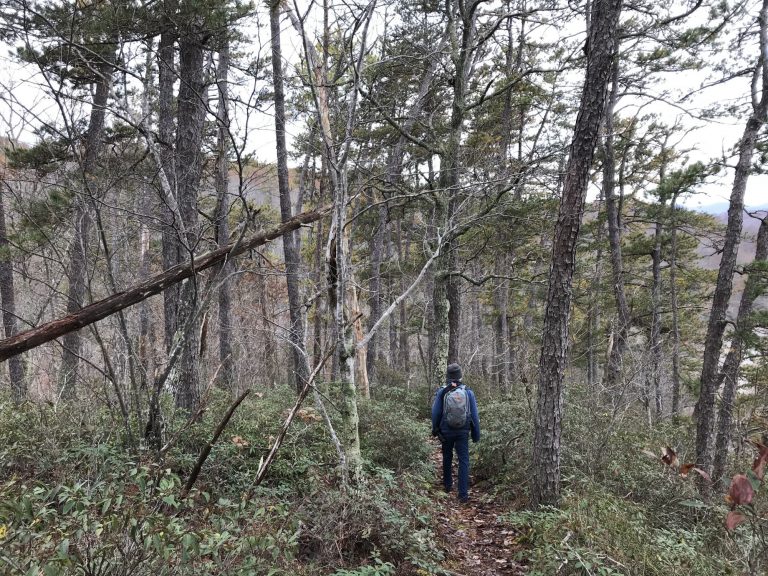 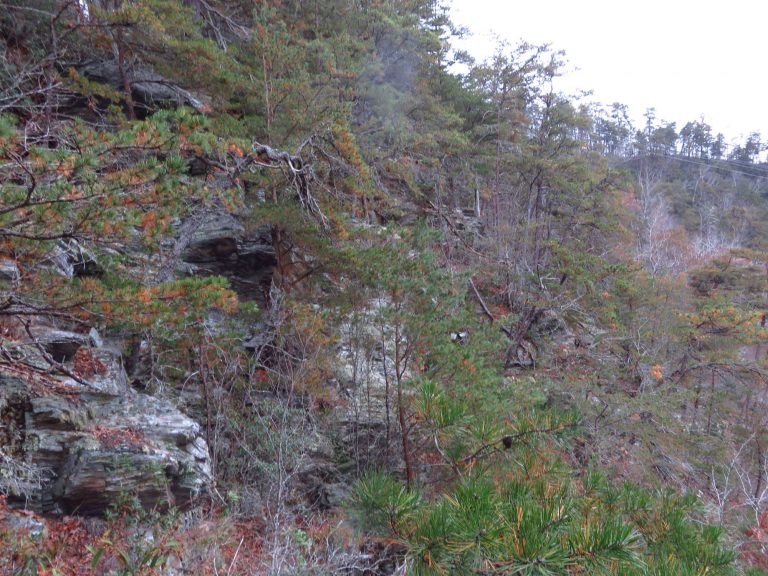