Above: A male Evening Grosbeak feeds on boxelder seeds along the James River in southern Albemarle County, VA.

This fall/winter has been bountiful for birders so far, as the east has seen a major irruption of boreal birds, with large numbers of Red-breasted Nuthatches, Purple Finches and Pine Siskins reaching as far south as Florida. In Virginia, these species are found in much smaller numbers in many winters, and also small breeding populations can be found at the highest elevations. These large southward movements, or irruptions of northern seed-eating passerines are cyclical, and caused by the failure of the conifer cone crops in the boreal forests. In a good cone year, the birds stay to the north and feast on the bounty of seeds. However, in years when they fail to produce, they must move south in search of food sources. These cycles of seed production are an excellent survival strategy for the trees, as in a boom year (one where they produce an excess of seeds) there are too many for them all to be eaten, and in bust years, the hordes of seed-eating finches must move south to find enough food to survive the winter. Droughts, outbreaks of herbivorous insects and other environmental conditions can also affect seed crops.

What makes this winter such a unique and exciting event, however, is that species that are normally restricted to Canada and the northern states are moving south in much greater numbers than we have seen since the 1980s. Common Redpolls have reached Pennsylvania, New Jersey, and Maryland, and a White-winged Crossbill is visiting a feeder in Raleigh, NC. But the real star of the show is the Evening Grosbeak. This roughly cardinal-sized, brown-white-and-gold finch has poured into the Mid-Atlantic states over the past month in numbers not seen in 30 years, and has been documented in 63(!) of Virginia’s counties and independent cities as of this date (12/3). These charismatic birds are not named for their sunset-like colors, but rather because early naturalists mistakenly thought it only called at dusk. This species has undergone both a massive range expansion and a decline in recent history, being absent east of the Rockies until the mid 19th century, when it started gradually expanding its breeding range to the Atlantic Coast. After the 1980s, large irruptions of Evening Grosbeaks were almost nonexistent, likely due to a lack of Spruce Budworm outbreaks. These insects are very destructive to spruce forests, and an outbreak can kill off huge tracts of the same trees that provides the boreal finches with the food they need to survive a northern winter. This year, spraying for budworms was not done in many areas of Canada due to the COVID-19 pandemic, and one wonders if this has something to do with the historic finch irruption. Here in the Mid-Atlantic and Southeast, Evening Grosbeaks can be found feeding on the seeds of ash (Fraxinus spp.) and boxelder trees (Acer negundo), as well as at feeders stocked with black oil sunflower seed, particularly in open platforms. Birders and naturalists should also keep their ears open for the loud, piercing “cheer!” and “chirr” calls given both in flight and while foraging.

Counties and cities (in gold) where evening grosbeaks have been recorded in Virginia, Oct-Dec 2020. 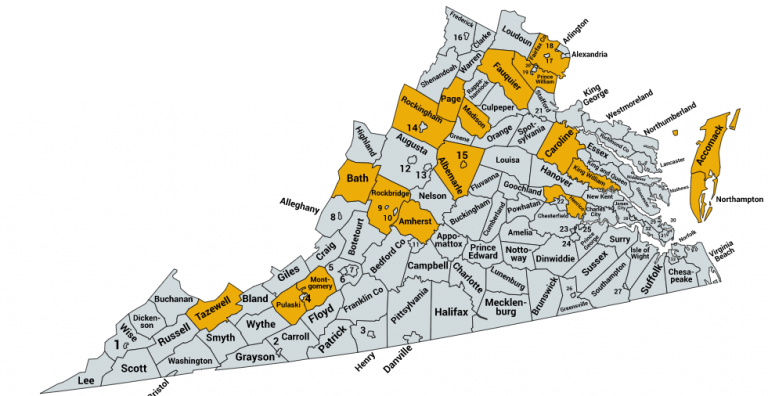 For comparison, counties and cities where evening grosbeaks were recorded in the last irruption of the species in VA, winter of 2018-19. 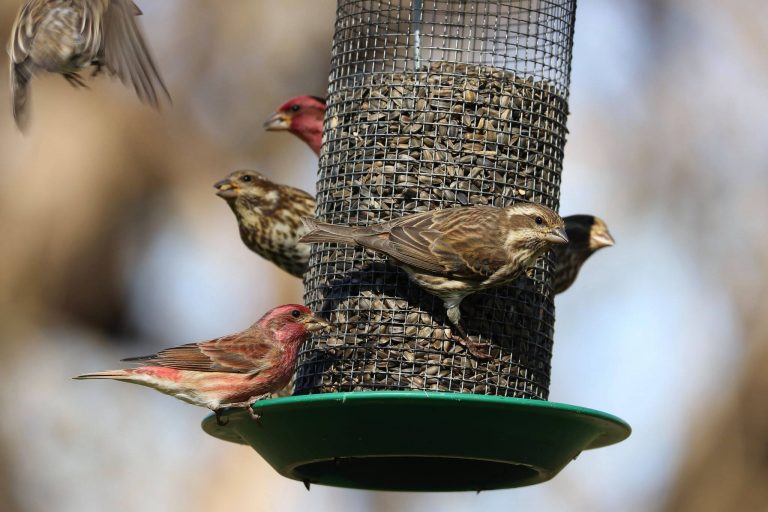 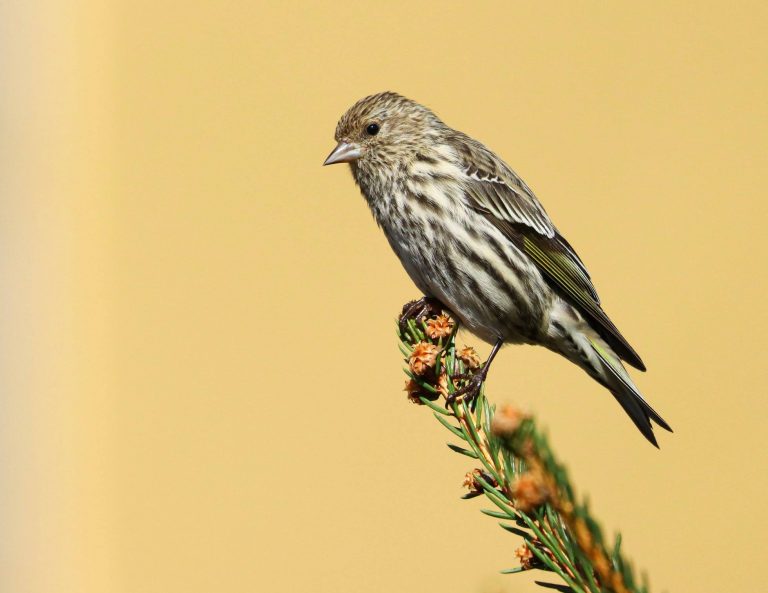